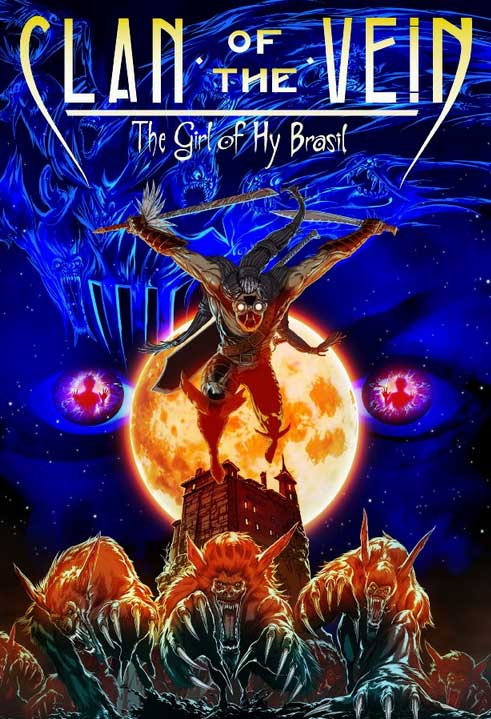 The world has been rid of all vampires by a mysterious assassin named Ian MacBane. Or has it? MacBane, a vampire himself, has been living in isolation feeding his existence with a serum to avoid drinking the blood of the mortals he sought to protect. Earning his vast wealth by sales of his famed artwork, MacBane receives an invitation to an event showcasing his paintings. Spurred by the musical guest appearance of a mystery lady who has literally haunted his dreams, and his beautiful paintings, MacBane heads to an isolated resort made entirely of glass. When he finally meets his beautiful ghost of a woman, Anais, the resort is invaded by a cult of the last remaining vampires known as The Children of Judas. Now MacBane must protect his fair lady love from the vampire savages who are searching for the last remaining blood of their vampire queen in a bid to repopulate their vampire species once again. MacBane has 14 hours until the light of dawn breaks through to save the woman of his