Texas Frightmare Weekend is back with a vengeance May 3rd through the 5th, offering up more celebrity guests, more vendors, and the continuation of its wildly popular free film screenings to all TFW passholders! And this year, TFW is monstrously proud to pack our sleepless Saturday night with trio of high-profile new shockers from our friends at IFC Films and IFC Midnight. 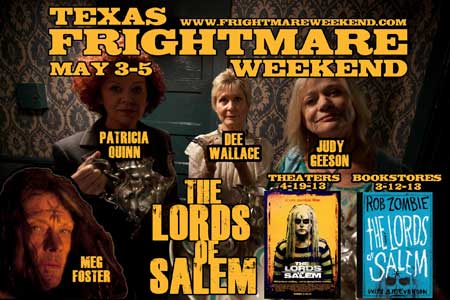 On Saturday, May 4th, Texas Frightmare Weekend kicks off their powerful threefer of hotly-anticipated chillers with the Texas Premiere of Franck Khalfoun’s Maniac at 8:00PM! In this brutal, unrelenting, first-person remake of William Lustig’s 1980 classic, Frank (Elijah Wood) is the withdrawn owner of a mannequin store, but his life changes when young artist Anna (Nora Arnezeder) appears asking for his help with her new exhibition. As their friendship develops and Frank’s obsession escalates, it becomes clear that she has unleashed his long-repressed compulsion to stalk and kill. Maniac will see US distribution through IFC Midnight on June 21st in theaters and via cable and digital VOD.

At 10:00PM is Ben Wheatley’s Sightseers, his genre-defying follow-up to 2012’s Kill List, produced by Edgar Wright (Shaun of the Dead). Chris (Steve Oram) wants to show Tina (Alice Lowe) his world and he wants to do it his way – on a journey through the British Isles in his beloved Abbey Oxford Caravan. Tina’s led a sheltered life and there are things that Chris needs her to see – the Crich Tramway Museum, the Ribblehead Viaduct, the Keswick Pencil Museum and the rolling countryside that separates these wonders in his life. But it doesn’t take long for the dream to fade. Litterbugs, noisy teenagers and pre-booked caravan sites, not to mention Tina’s meddling mother, soon conspire to shatter Chris’s dreams and send him, and anyone who rubs him the wrong way, over a very jagged edge. Sightseers will see US distribution through IFC Films on May 10th in theaters and through Video On Demand.

And at midnight, TFW’s serving up the Texas Premiere of Neil Jordan’s Byzantium, the acclaimed Interview with the Vampire director’s long-awaited return to the land of the undead! Eleanor (Saoirse Ronan) is a precocious girl with a bent for storytelling. A natural introvert, her idea of a good time is to put pen to paper and reflect on her inner life. Her “sister” Clara (Gemma Arterton) is the complete opposite: extroverted and sexual, she struts around in stilettos and skin-tight garb, attracting hungry male gazes wherever she goes. Both carry secrets from deep in their shared past — all 200 years of it. Byzantium will see US distribution through IFC Films on June 28th in theaters and through Video On Demand.

Saturday’s free screenings are courtesy of IFC Films and IFC Midnight, free for weekend and Saturday passholders, and will conveniently take place at The Hyatt Regency DFW – the home of Texas Frightmare Weekend!

Daily and weekend passes are available at www.texasfrightmareweekend.com/weirdpress/tickets/. Weekend and Saturday passes grant admission to Saturday’s free screenings, but do not guarantee seating, so arrive early – before they reach full capacity! 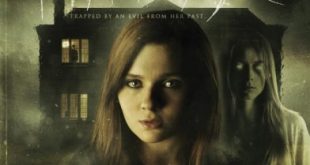