Enter to win your FREE copy of HITCHCOCK on Blu-ray in this really psycho giveaway from HorrorNews.net!  Email joyhorror@horrornews.net and put “Hitchcock” in the subject line.  In the body of the email, please give your full name and complete address along with your favorite Hitchcock movie. 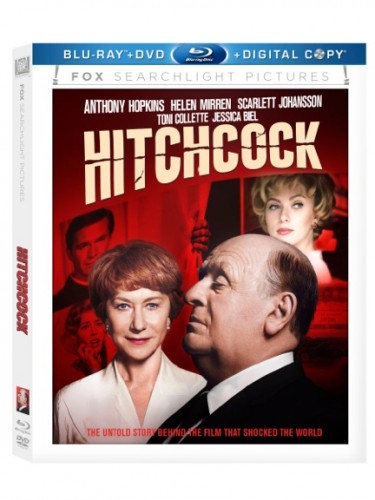 Oscar® winners Anthony Hopkins and Helen Mirren* are spellbinding in this provocative story about the making of one of cinema’s most iconic films. Plagued by both a reckless ego and nagging self-doubt, Hollywood legend Alfred Hitchcock (Hopkins) becomes obsessed with a grisly murder story that the studios won’t back. Determined, he risks his reputation, his home and even the love of his wife Alma (Mirren), as he sets out to make the film. Ultimately, Hitch wins Alma over, and the two collaborate to create an enduring masterpiece – Psycho. Also starring Scarlett Johansson, Toni Collette and Jessica Biel, Hitchcock is “a knockout from start to finish” (Rex Reed, New York Observer).

Meet the Real Stars of Psycho

Born as Jeanette Helen Morrison, Janet Leigh was discovered by actress Norma Shearer who was then married to a senior executive at MGM. Though Leigh starred in a handful of films, she was best known for her role as Marion Crane in Alfred Hitchcock’s Psycho. Her performance garnered her a Golden Globe Award for Best Supporting Actress and was nominated for an Academy Award for Best Supporting Actress.

Born in New York City in 1932, Anthony Perkins made his debut in The Actress in 1953. However, his role as Norman Bates, the homicidal owner of the Bates Motel in Alfred Hitchcock’s Psycho is what garnered him international fame. During the shooting of the film, Hitchcock allowed both his Perkins and Janet Leigh to improvise as much as they want and gave them the freedom to interpret their roles – an example of which is Perkin’s improvisation of Norman’s candy corn fondness.

Vera Miles was born as Vera June Ralston in Boise City, OK. She began her career in small roles in films and TV, including a minor role as a chorus girl in a musical that starred her Psycho co-star Janet Leigh called Two Tickets to Broadway. Alfred Hitchcock directed her both on the small screen – Alfred Hitchcock Presents and in the big screen – The Wrong Man and her most famous role ever as Lila Crane in Psycho.