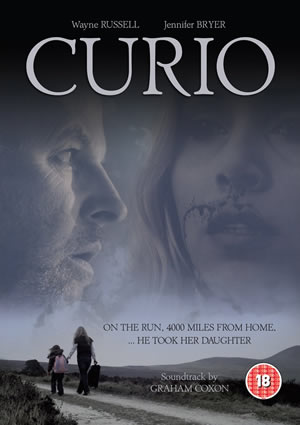 A young American widow named Lauren (Jennifer Bryer) and her daughter, Emily (Sydney Wade) return to England to inherit a country home of a distant relative of her late husband. Alone in the Yorkshire countryside, Lauren finds her life turned upside down when a neighbor dies in her new home during a tarot reading. Suddenly on the run with her daughter in tow, Lauren first wounds her ankle stepping into a burrow and then ends up shot by a local hunter. Enter another nearby neighbor, Len (Wayne Russell) who takes the two to his home he shares with his overbearing mother. He locks the child in the basement and traps Lauren in an upstairs bedroom to mend her wounds. Lauren, unable to flee, slowly hatches a plan to escape from her mentally ill captor and rescue her missing daughter.

Writer/Director Steven Nesbit tries hard to craft Curio much like an English version of Alfred Hitchcock’s Psycho. With the unstable Len fighting his mother’s influence – which remains off screen – and his own troubled thoughts and actions, the result is akin to Norman Bates sans the creepy hotel. While the role ends up more weird than deranged, Len is an effectively unsettling character, even if it fails to always make complete sense. Regrettably, there’s not much else to Curio that works. The acting is horrid and the story challenges the viewer to remain invested or  conscious. The cinematography is solid and, at times, exceptional, but the direction and the script are bland and drool. Curio is a mess of a movie saved only by a curious psychopathic antagonist and a brave, unique performance from the actor who portrays him. 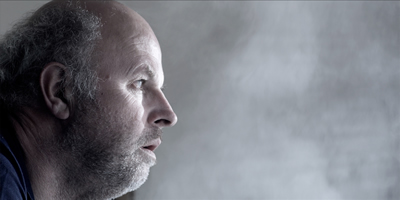 In the acting department, Curio provides the best and worst low budget independent film making has to offer. Wayne Russell plays Len. What he lacks in charisma, he more than makes up for with a freakish, side-show display of unhinged madness. Russell brings pure insanity to the role; at once caring and boyish in one scene, he is fierce and frightening in the next, a raging lunatic. After rattling off, swearing off as many eff bombs as possible, he’s self mutilating himself because if it shortly after, usually with guidance of his overbearing mother. It’s quite unsettling and uncomfortably disturbed. While the performance is strong, it borders on buffoonish at times, almost a cartoon of his Norman Bates cousin; however, he manages to never overstep those boundaries allowing his character to remain chilling and effective. 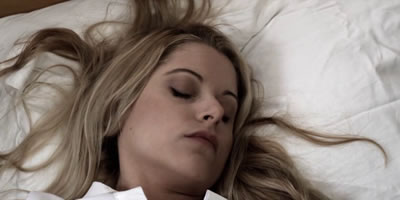 On the flip side is the lead actress, Jennifer Bryer. Her performance as Lauren is horrid, wooden and grating. She continually struggles with the appropriate emotion (or any emotion) to give to Lauren at any given time. Her voice modulates from monotone to high pitched whining, with every syllable carefully spoken and contemplated. It’s a very nervous, and nerve wracking (for the wrong reasons), performance. The rest of the cast fair little better, with only young Sydney Wade coming across as giving her character any authenticity or a genuine composure. And the directions given to or chosen by Bromwyn Jennison for the voice of “Mother” come off as an unsatisfying mix between an Evil Dead demon and the Wizard from the Wizard of Oz. Certainly a far cry from Hitchcock’s Mrs. Bates. 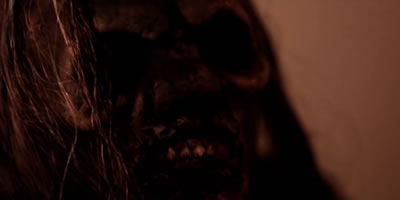 The story itself, while not much more than a simple captivity tale with minor supernatural overtones, is clumsy and awkward. After becoming captive by Len in an upstairs bedroom, Lauren’s concern for her missing daughter and her motivation become suspect far too quickly and undermine the tension of the conflict between her and Len. Her efforts to reunite with her daughter are far too lazy and complacent to feel natural to most viewers. While it appears to try, the story fails to bring adequate background to her character or her plight to explain why she would not instantly do anything possible to locate her daughter. This results in making the cat and mouse psychological play she has with Len become far to unconvincing and contrived. It is a far cry from the tension seen between Annie Wilkes and Paul Sheldon in Misery. But it certainly wants to be. 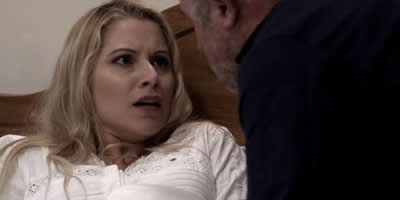 The supernatural undercurrent of the film is interesting but predictable and underdeveloped. When the “mother” speaks but is never seen, it instantly calls to Psycho. It even tries to lift the final reveal, believing a small twist to the unveiling would set it apart. No such luck. Then there’s the boy who appears in the basement to keep young Emily company and coach her on how to stay safe. The true nature of the young child is obvious from the onset and barely disguised at all. The forced twist involving the boy, Len and “mother” is uninspired, derivative and trite. 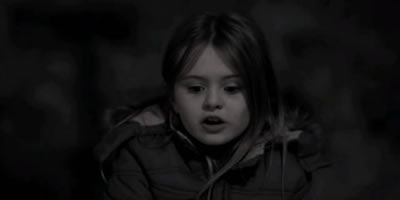 Curio is a mess, a half-baked atrocity that will bore most to sleep well before the midway point. The acting is grating and the story is weak. Wayne Russell, however, nearly saves the entire film with his performance as Len the troubled lonely neighbor. If as much attention or talent was focused on his surroundings as it was to Russell and Len, Curio could have made the most of its script. Steven Nesbit manages to show promise, if not with the story, with his direction and staging of the scenes. Contrasting stark whites of the upstairs with cobbled greys of the basement, he offsets the two sides and intentions of Len. He also lights many scenes that focus solely on inner conflicts with Len remarkably well, with a window lighting his face or candle light dancing on his troubled brow. But there’s just too much else wrong with the film, for these small accomplishments to save Curio. Sadly, the film is a forgettable bore.