Chemical Burn Entertainment present a chilling paranormal horror about a man who moves into a house with a dark past and discovers mysterious objects left behind from the previous owners. Produced for Chemical Burn Entertainment and starring Nathan Head (Exorcist Chronicles, Mark Macready And The Archangel Murders, Dead Walkers: Rise Of The 4th Reich) as Karl Hendry.

The film will be presented as a mixture of found footage with a cinematic wraparound segment which will feature a special surprise cameo from a familiar name in British horror.

Evil Apparition is currently being shot in Cheshire and is scheduled for international release in 2014. 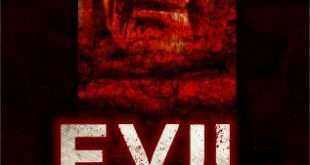