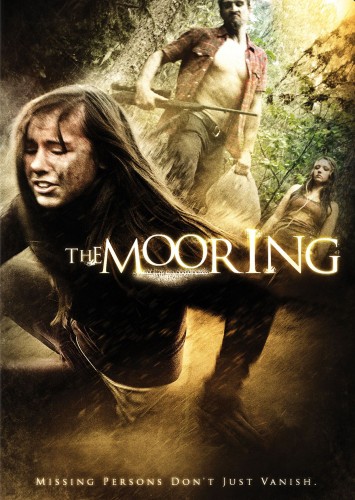 Disaster strikes a group of teenage girls taking part in a summer camp excursion when they encounter a dangerous and deadly couple. Camp councilor, Nancy (Hallie Todd), takes her campers on a technology free trip down an Idaho river on a house boat. When the boat malfunctions stranding them in the wilderness, miles from civilization, alone and helpless, they become prey for a deranged and murderous couple who begin picking them off one by one. The girls must unite to survive.

Veteran character actor Glenn (The Outsiders, Rumblefish, Peggy Sue Got Married) Withrow makes his directorial debut with The Mooring, co-written with his wife, actress Hallie Todd and their daughter Ivy Withrow. The film is an odd family affair, but it does produce a well made and effective thriller despite some issues with pacing, character and focus. To the film’s credit, the script tries to flesh out each and every camper and the councilor, Nancy; however, this is also a bit of a case of biting off too much. No single character gets enough attention for the audience to focus upon which tends to leave the viewer confused and uninvolved. The dynamic for the group is strong though even if the conflicts between the group, however brief, are a bit forced. The psychotic couple that arrives to help the stranded campers are appropriately and realistically ruthless and sadistic. Their unconventional relationship keeps things on edge and provides the film with a thrilling and rewarding climax. The Mooring is an exceptional entry into the The Most Dangerous Game or Deliverance sub-genre and the movie doesn’t have to rely on stereotypes or extravagant murders to keep things interesting. It may not be a perfect film, but it is a solid, entertaining film of survival. 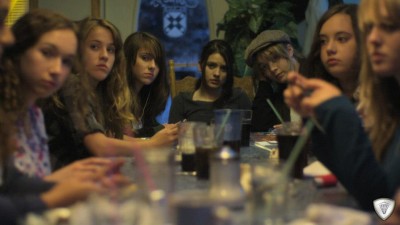 Hallie Todd heads the cast as the camp councilor, guiding the teenage girls on their technology free trip down the river. She handles the role with a grand amount of compassion and quiet concern, especially when things begin to go south. Even as she is trying to comfort the girls, reassuring them things are fine, her eyes reveal the truth, how she really feels, resulting in mounting tension and setting the tone for the remainder of the film. When she first encounters Mickey (Brooklyn Tate), the female killer, Hallie handles the dialog with an extraordinary amount of panache, balancing politeness with nervous trepidation. She provides the film with its needed maturity from the onset. The rest of the girls on the house boat vary in their delivery. Each is successful in bringing their character to life, but they all struggle to make a unique impression. As a whole, they are a fantastic entourage of young actresses making for a wholly believable group of troubled young women; however, individually, they are left to rely on the small differences provided by the script to set them apart from each other. As a result it is difficult to champion any one character over the other. This also causes the action to be slightly confusion when things ramp up: which girl just died, who just got shot, which girl is in which group. 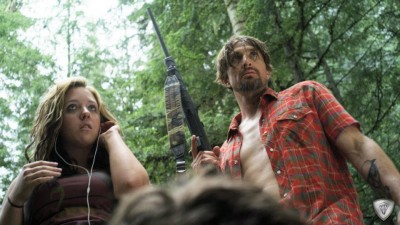 Thomas Wilson Brown and Brooklyn Tate play the antagonists, Richard and Mickey, in The Mooring. They are introduced during a chilling scene as their boat pulls up next to the campers in the middle of the night with only their fear-inducing confrontational dialog to color their characters. From that instant, they are trouble, undeniably. Their only true interaction between the entire group is when Mickey wanders over to the camp the next day. The conversation that follows (and the way Richard watches the encounter from afar) illustrates perfectly that these two are not right in the head, something is horribly off. Nancy’s reaction mirrors the audience’s mounting concern. Both Thomas and Brooklyn are menacign in their approach to their characters, there is no question they are a huge, deadly threat to the girls; however, why they are the killers they are is left to question. In other similar films, the killers are killers and that’s that, Richard is that character here. But, Mickey, is something different. Her character is shown in the opening scene as being abducted at an early age. Why and how she ends up at her abductor’s side is left to the imagination, with some hints to Thomas’ manipulative dialog. The film uses this to its advantage for a terrific scene where Mickey apparently makes her first kill and for the finale setting the film up for a memorable conclusion. 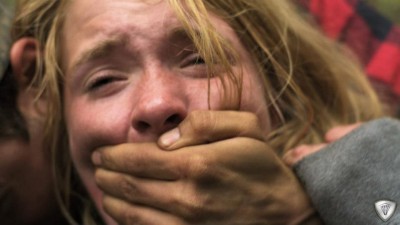 The Mooring struggles in the amount of character work it wants to accomplish during its brief 90 minutes. This makes for a sluggish first half hour where the character development, in and of itself, isn’t unique enough or strong enough to keep interest. While it does make for a very realistic group of young teenagers, it prevents anyone from standing out or connecting with the audience. It also tries to develop the brutal couple as well with varied success which conflicts directly with establishing the group dynamic within the protagonists. This unfortunately undermines the pacing and the action. Still, the film does maintain its eye on how it defines these girls when they later encounter the killers first hand whether they need their inhaler, or they are expert rock climbers or they have issues standing up for their friends. It is also a bit confusing what the writers are trying say about the girls or society in general in that none of the girls are able to get it together and combat the danger they find themselves in. Even down to the final girl, they are all totally unprepared to survive. Is that a social comment or an attempt to switch up on the final girl syndrome of horror films? The answer isn’t clear. 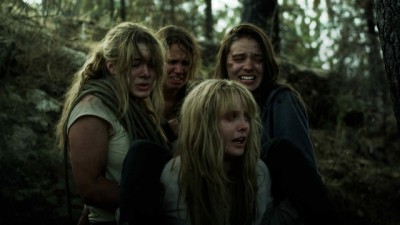 The Mooring succeeds in great part due to the final confrontation in the final act and due to the character of Mickey played by Brooklyn Tate, so much so that she overshadows most of the performances up to that point – with Hallie Todd as Nancy being a possible exception. It’s a great finish to the film giving it that added punch it needs to stand out from the many film of its ilk. It’s an incredibly smart and rewarding move making the audience question who’s story The Mooring belongs to in the first place. It simultaneously displays everything that is right and wrong with the film, from focus to pacing to character development. How much one enjoys the film may depend on how well they connect with the group of girls and with Mickey and her relationship with her abductor, Richard. Regardless, the film’s strength is in its ensemble and the authenticity the young actresses bring to their roles. The Mooring may never reach the level of suspense found in many films of similar themes, but it is well crafted, ambitious for its budget, contains convincing portrayals from its young cast and nails the ending. 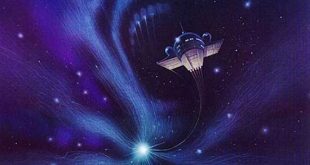