Home | CZP YA Novel PICKING UP THE GHOST Optioned for Film

CZP YA Novel PICKING UP THE GHOST Optioned for Film 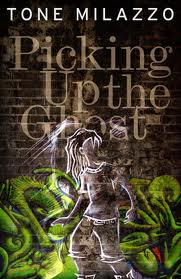 ChiZine Publications (CZP) and author Tone Milazzo are pleased to announce that Breaking the Cycle Films has taken an option on the film/TV rights to Milazzo’s young adult novel Picking Up the Ghost.

Published in 2011 by CZP, Picking Up the Ghost is the supernatural coming-of-age tale of Cinque Williams, a fourteen-year-old boy living in a dying city on the Mississippi. Inheriting a curse from a father he never met, Cinque enters an otherworld full of ghosts, spirits, and shapeshifters.

One of CZP’s first YA titles, Picking Up the Ghost’s success inspired the launch of CZP’s YA imprint ChiTeen, set to launch in 2014. It is also the first book from CZP to be formally optioned for film/TV rights.

“We’re pleased and excited for Tone,” says Brett Alexander Savory, co-publisher at CZP. “We’ve had a fair amount of film interest in several of our titles, but this is our first official signed option, which is pretty exciting,” adds Sandra Kasturi, Savory’s partner.

Breaking the Cycle Films has produced educational films aimed at helping children make healthy decisions in difficult situations. Picking Up the Ghost will be produced by James Charleston, a producer with Breaking the Cycle, and with several acting credits under the name Jim Sea. “I can’t wait to adapt it to a screenplay,” says Charleston. “The story that Tone tells and the images he creates will help make Picking Up the Ghost a highly entertaining film. I’m excited that Tone and ChiZine have agreed to let me option the Film/TV rights.”