Ask any parent and they’ll tell you, raising kids is tough. Makes any horror story look like a fairy tale and according to the new project LITTLE REAPER that is no less true for that bad man himself, The Grim Reaper. Yeah, Death himself has a kid and she’s hit those “teenage years”. Peter Dukes from Dreamseekers Productions dropped a line to fill us in on the project:

Our latest film, currently in post production, is called LITTLE REAPER. It’s a quirky horror/comedy about the grim reaper’s difficult teenage daughter. It stars Athena Baumeister and John Paul Ouvrier, with John Michael Herndon and Katharine Stapleton. I wrote, produced and directed it under the banner of my company Dream Seekers Productions. Danny Derakhshan is the Executive Producer. Melissa S. Cottingham, Shane Mehigan, Colin Mehigan and Justin Caustillo are the Associate Producers.

Peter also sent along a couple of teaser posters for our enjoyment: 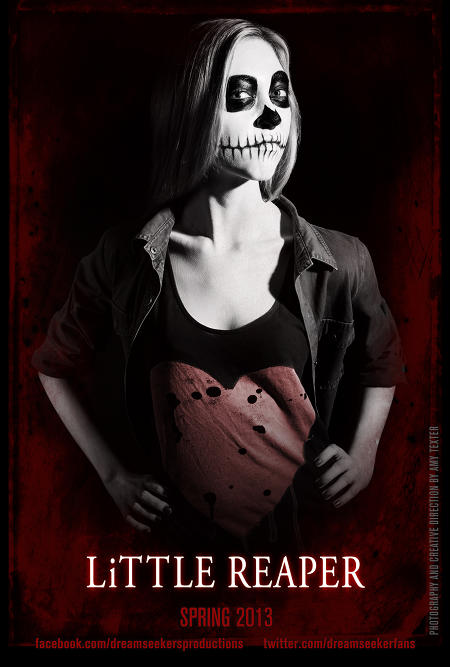 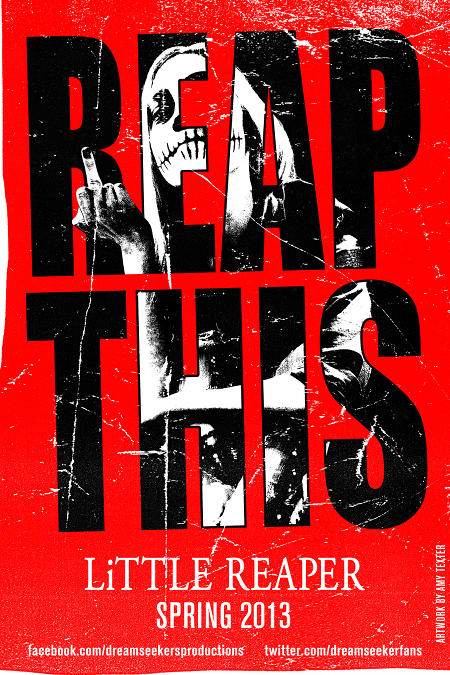 No other info right now but I’ll update as needed. Head over to their FACEBOOK page and give them a LIKE! 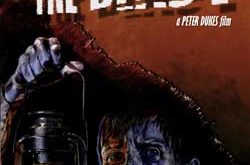 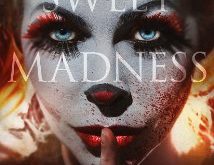 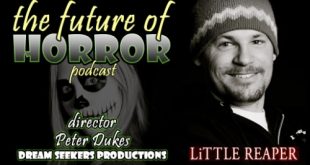