America’s infatuation with the serial killer continues and one show taking advantage of that is DARK MINDS. Airing on the Investigation Discovery channel (ID) the show teams an author and a criminal profiler together as they attempt to solve the unsolvable. Season one was a pretty hot success and the channel has decided to up the ante in season two by adding a real life serial killer into the mix.

The release reveals all:

Synopsis:
In “Dark Minds” non-fiction crime author M. William Phelps and criminal profiler John Kelly revisit unsolved homicides believed to be the work of serial killers. Joining them in the hunt for answers this season is a new anonymous source: a convict currently serving time for a series of murders. Known to audiences only as “Raven,” this unique source offers his “expert” opinion about potential motivations behind these chilling cold cases, using his own personal experience to formulate theories.

Featuring crimes as horrific as those committed by the infamous I-70 Killer and the original Night Stalker, “Dark Minds” brings fresh eyes to unsolved serial killer cases using the combined instincts of three unique perspectives.

“The emotional toll is overwhelming,” says Phelps. “It makes my skin crawl, especially listening as Raven describes the enjoyment he got from taking a human life. But it’s ultimately worth it because victims deserve justice and the families deserve answers – and with ‘Dark Minds’ the potential is there for us to help with both.”

ID sent along a clip, this the point that they introduce RAVEN to the team. Kinda creepy!

Season Two debuts on Feb. 27th at 10 PM on ID. Looks like it might be worth your time. 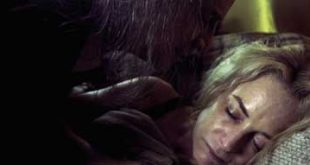