Fatality Films is at it again. Andrea Albin has officially signed on with reality powerhouse Authentic Entertainment to develop and produce a reality show centered on the indie-group Muscle Wolf Productions. Details behind the show are under wraps.

Authentic Entertainment has been behind such hits as ACE OF CAKES, TODDLERS AND TIARAS, and the hit spin off HERE COMES HONEY BOO BOO. Fatality Films, Albin’s producing venture with horror legend Scott Spiegel, is currently in pre-production on several features and television projects. 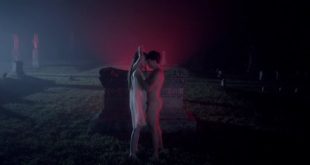