Home | A Harrowing Look into ‘The Torment of Laurie Ann Cullon’

A Harrowing Look into ‘The Torment of Laurie Ann Cullon’

When a brutal attack in a mall parking lot leaves a woman traumatized with agoraphobia, she becomes clinically housebound. Completely terrified of the outside world, Laurie Ann Cullom lives quietly behind her locked doors and windows, where she’s felt safe for so long.

However, something uninvited has managed to find its way into Laurie’s home without her knowing. Something that has been watching from the shadows and waiting for the moment to strike. When it makes its presence known, will Laurie’s paralyzing fear of leaving her home keep her a prisoner in her own private hell?

LOCK YOUR DOORS AND PRAY IT’S ONLY A MOVIE!

Set in 1988, THE TORMENT OF LAURIE ANN CULLOM relies heavily on the sense of dread, isolation and character development that made films of its era so effective and terrifying. The sense of isolation a home invasion can evoke is tapped into in much the same way as classics like WHEN A STRANGER CALLS (1979), DON’T ANSWER THE PHONE! (1980), BLACK CHRISTMAS (1974), THE ENTITY (1982) and of course, JOHN CARPENTER’S HALLOWEEN (1978).

Basing it in the late 80s, also affords writer/director Mark Dossett to remind us of a time when the “immediacy” such items as the Internet and cell phones were not available. A time that, while simpler, was in many ways more dangerous. A horror film for the horror fans, Mark Dossett hopes to craft the type of thriller that leaves a lasting impression long after the credits have ended, and he needs your help to do it.

As Mark has stated, “I believe if you take care of your cast and crew, they will take care of your film!” By donating to the campaign, you will be rewarded with perks of various levels – everything from receiving an end credit in the film, to voice or even picture cameos within the film itself!

With a goal of having the film shot and completed in time for the summer film festivals, there’s still plenty of time to contribute to what will soon become a cult classic, and a film that SILENT NIGHT director Steven C. Miller has said “Looks like a bloody good time”.

Visit www.indiegogo.com/tolac 2 to donate to THE TORMENT OF LAURIE ANN CULLOM. All proceeds go toward the production’s hard-working cast and crew, who are all waiting to deliver a top-notch, well-plotted character study, about how fear alone could ultimately become your worst enemy. 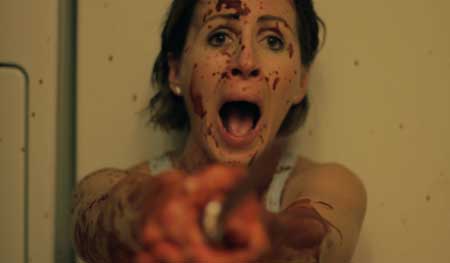 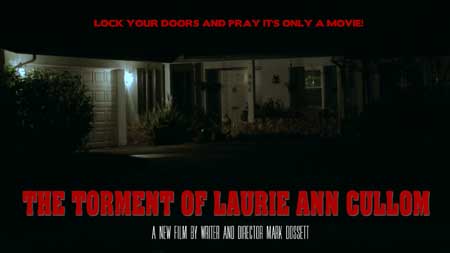