Kraken Press Announces ”Staring into the Abyss”, by Richard Thomas 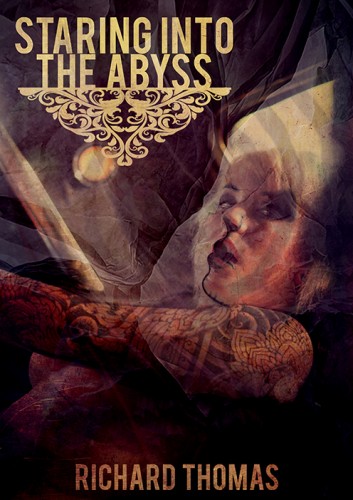 Kraken Press has signed with author Richard Thomas. We will be releasing his short story collection, ’’Staring into the Abyss’’ in the first quarter of 2013 in digital and print. We’re very excited to be working with a talent of Richard’s caliber and can’t wait to bring you some of his best short stories collected in one volume.

As Friedrich Nietzsche said, “Battle not with monsters lest ye become a monster; and if you gaze into the abyss the abyss gazes into you.” In this collection of short stories Richard Thomas shows us in dark, layered prose the human condition in all of its beauty and dysfunction. A man sits in a high tower making tiny, mechanical birds, longing for the day when he might see the sky again.

A couple spends an evening in an underground sex club where jealousy and possession are the means of barter. A woman is victimized as a child, and turns that rage and vengeance into a lifelong mission, only to self-destruct, and become exactly what she battled against. A couple hears the echo of the many reasons they’ve stayed together, and the one reason the finally have to part. And a boy deals with a beast that visits him on a nightly basis, not so much a shadow, as a fixture in his home. These 20 stories will take you into the darkness, and sometimes bring you back. But now and then there is no getting out, the lights have faded, the pitch black wrapping around you like a festering blanket of lies. What will you do now? It’s eat or be eaten—so bring a strong stomach and a hearty appetite.

Richard was the winner of the 2009 “Enter the World of Filaria” contest at ChiZine. He has published over sixty stories online and in print, including the Shivers VI anthology (Cemetery Dance) with Stephen King and Peter Straub, Murky Depths, PANK, Gargoyle, Weird Fiction Review, Pear Noir!, Word Riot, 3:AM Magazine, Dogmatika, Vain and Opium. His debut novel Transubstantiate was released in 2010. In his spare time he is a featured book critic at The Nervous Breakdown, as well as a columnist at Lit Reactor. He is represented by Paula Munier at the Talcott Notch agency. 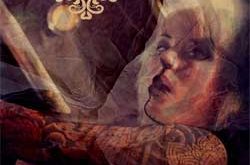