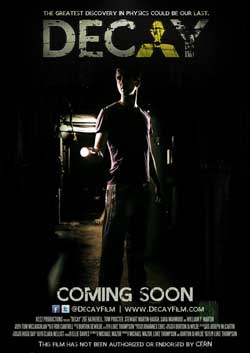 Four biochemistry employees are assigned the overnight shift to keep an eye on a facility two hundred feet underground. Something goes terribly awry as the system goes on lockdown and something sinister lurks around every darkened corner.

This export from the UK has tremendous promise with an original premise, original in design. It’s staggering to see what can be presented on such a micro budget. Decay was reportedly made on a two thousand pound budget. It doesn’t seem to make or break the production in either sense. The initial set up beyond the introductory credits had wonderful potential, elusive in natural in all subtleties sparking conflict between each of the male roommates, coworkers and female companion. 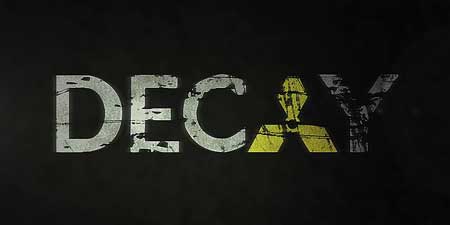 A party was thrown the night before. The cinematography is utilized effectively to illustrate the sensations of hair of the dog syndrome. As bottles and glasses are scattered askew here and there everyone is far from motivated to get moving. Unfortunately the production feel flat shortly afterwards once everyone arrived to work. The duration spent on biochemistry, engineering, physics and equations seemed highly irrelevant and dragged on for at least thirty minutes. Most viewers that aren’t versed in the subject will ultimately lose interest and choose another source of entertainment before the action even begins. With all the lingo, jargon and specialized content, there is no other way to describe the message as gluttonous in indulgence. One had the impression we were privy to a company trade video rather than a bona fide chiller or horror film.

The female lead of Amy, played by Zoe Hatherell is certainly compelling enough; a decent performance is delivered, high on emotion. She sports the finest of micro-mini skirts and tight t-shirt that will not make any male fans and undoubtedly some female fans protest anytime soon. Her presence alone should be a hit with post pubescent science geeks everywhere. Her look is infectious, beyond simple beauty. 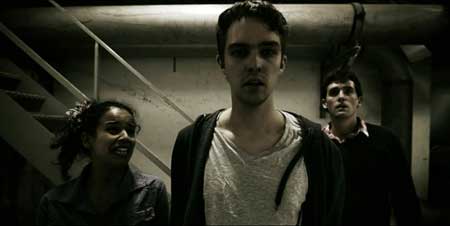 A claustrophobic feel and effective use of shadow in cinematography preying upon the subconscious common fears of enclosed spaces is a brilliant subtext. Many will be able to relate to the plot once it really gets rolling.

Some of the kill scenes were a bit contrived and predictable, yet the gore and grisly blood will not disappoint. As zombie films have been done, redone and done again, it’s next to impossible to be completely innovative. Directors Thompson and Mazur seem to have a firm grasp upon this but deliver the cringing moments of feasting upon glistening human gristle and innards.

Without unveiling too many plot spoilers, suffice to state that the professor’s motive was difficult to read and it downplayed the impact of the conflict substantially. By the time the final scenes began to unwind a lot of the audience were more frankly relieved the ordeal was just about over rather than compelled or moved in any way of substance.

We no longer really cared what caused the outbreak; who was behind it or what was to become of the institution. Most of us simply wanted redemption rather than being bored to tears. The relationships as well between the coworkers, brother and sister, former lovers and adversaries was too ambiguous in nature making it virtually impossible to side with one party or the other. Without a solid sense of relation from the audience, we could ultimate take or in all likelihood leave a film like Decay.

The final act almost redeemed of lot of the unnecessary fanfare that will render most surprised in its twist of dread and defeat. Most conclusions don’t hold as much water in such productions but this somehow separates itself from other inferior, low budget homegrown films. 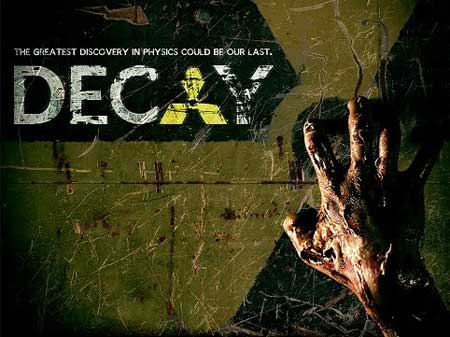 Decay was shot in the Large Hadron Collider in Switzerland. Director Thompson, a physicist student shot the production in a little over two years with other students. He’d achieved permission to shoot with the understanding some of the more sensitive areas in the facilities bowels would not be filmed. He’d first gotten the idea for Decay while walking the dark corridors of LHC and thought it would make for a great horror movie.