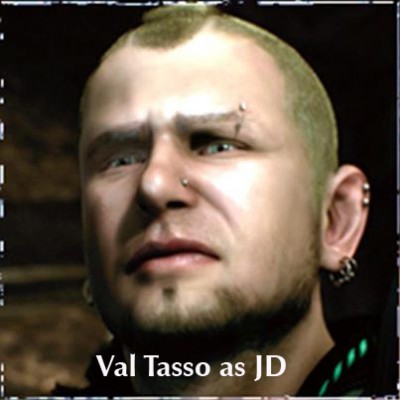 I started by booking my 1st commercial in 2000, Ford Motor Company, in Detroit. After that I booked more commercials and then a character role in an Indie film in Toledo, Ohio. Then I moved my career to Hollywood, where I booked many more Independent films and TV spots, including a recurring role on the soap opera, “General Hospital.”

What has been your most memorable acting role?

I will be known to fans for my voice role as JD in Resident Evil Damnation, and I will always remember that role because it’s my first studio film as an actor. But most memorable to me would be the very first film I ever acted in, “In The Company of Strangers.” I played the role of a villain, Mike Kellerman. I will always remember it because that’s the film that pushed me to make the move to Hollywood and pursue acting further.

What is your favorite horror icon and why?

Freddy Krueger, without a doubt. As a child I feared him, but also adored him. Nightmare on Elm Street was the first horror franchise I ever got addicted to.

How did you get involved with Resident Evil: Damnation?

I first auditioned for the motion capture role of JD, and booked it. They flew me to Tokyo to perform the role, and I believe personally that I grew very fond of the character and created a unique voice for him, and when given the opportunity to eventually audition for the VO job, they believed in me and cast me in the role.

Do you have a favorite Resident Evil movie or game?

The first Resident Evil movie would be my favorite. It’s the groundbreaker. From there I gained interest in the franchise.

You are the voice of JD. Tell us about your character?

JD comes off first as a bad guy, someone you shouldn’t like at first in the story. But his corkiness and fascination with American culture makes you eventually adore his character and the close relationship that he develops with our hero, Leon Kennedy, makes us accept his character and grow an interest in him.

What is a Bio Organic Weapon?

A Bio Organic Weapon is a term for a creature intentionally created or genetically modified using a type of mutagen. 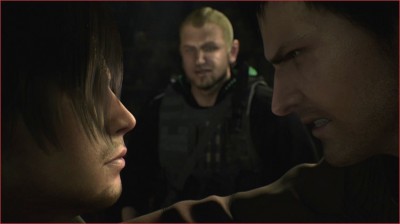 Do you prefer slow or fast zombies?

I don’t have a preference. Slow or fast. Either way, they will be killed!

What do you think the future holds for the Resident Evil franchise?

The franchise keeps growing, and the fans keep wanting more. Now in 3D, with Damnation and also Retribution, we have cranked it up a notch in technology. I believe their will be more video games, and more movies, hey… how about a TV series ?

I’m actively working on voice overs for video games and more animation projects. I have geared my career in the voice over industry primarily, but still theatrical acting when the opportunity comes my way. Right now I’m continuing to produce some Independent feature films and direct a short film or 2 when I have the chance. I just got distribution for the short horror film I co-directed and produced, “Devil’s Land”, available soon on itunes. 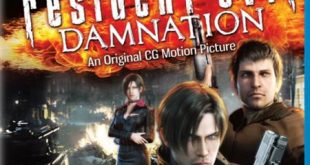