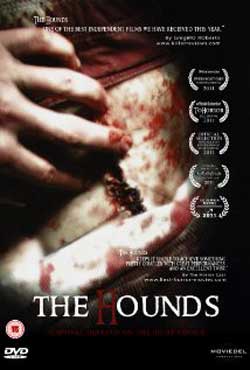 When four friends decide to spend the weekend camping in the local woods they discover a shallow grave; but the following morning the corpse has disappeared…

One of increasing number of low budget horror movies, THE HOUNDS is what I would call a semi-pro feature. Shot on video and bypassing movie theaters altogether in favour of DVD and internet distribution they are often designed to showcase the talents of one or two individuals, usually behind the camera. What you generally find is that there is considerable flair in the special effects department, glimpses of talent in the photography, a germ of a good idea in the script and a huge barren wasteland where the rest of the film should be. 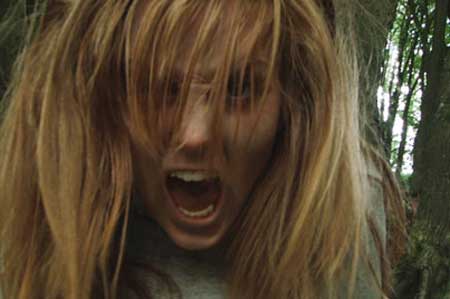 It’s a Friday night in the west of England and three friends – Jake (David Drew), his girlfriend Sarah (Maddie Moate), and Dave (Paul Tonkin) – are enjoying a few beers down at the pub. Dave’s perennially late brother Martin (John Doughty) hasn’t arrived and gets a phone call telling him to hurry up. Cutting through the park, Martin meets his drug dealing buddy PJ who gives him a flyer for a club that’s on later that evening.

The four friends reminisce about camping holidays they took as kids and, on the spur of the moment, decide that’s what they’ll do over the weekend. The following morning, with Martin late again, Jake, Sarah and Dave leave without him and head off to some woods that Dave remembers from his childhood. But events take a sinister turn when, having barely set up their camp and gathered fire wood, they see a human hand poking up out of the earth. Quickly digging around it they discover a shallow grave holding a human body with a plastic bag over its head. 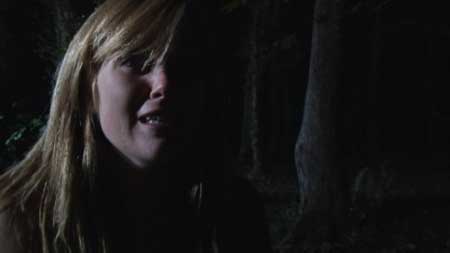 After nearly filling their pants with terror, the three friends mystifyingly decide to remain where they are for the night and go straight to the police in the morning. But during the night they are woken by strange noises in the woods and discover to their horror that the body has disappeared.
I should also say that intercut with all this is a subplot involving an undercover cop who is closing in on the Mr Big of a shadowy organized crime gang. The cop’s handler, Mike (Andy Callaghan), is a hard-drinking, grizzled kinda guy – the sort you only ever see in movies. He’s nursing a painful memory of his dead son and I guess we’re meant to think he’s going to take his eye off the ball and put the undercover guy in danger. Anyway, as disparate as these two strands sound, they do come together quite neatly in the film’s climax although I’m not entirely sure that the plot would bear a great deal of scrutiny. 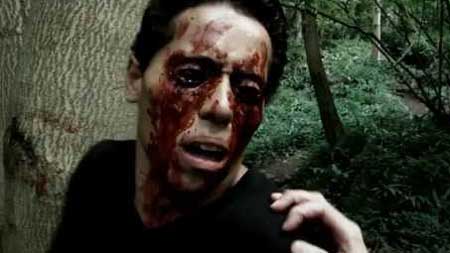 With these semi-pro efforts it’s absolutely crucial that they keep things moving because if the audience is obliged to dwell too long on the cast or what they’re saying then they will become painfully aware of the film’s limitations and I’m afraid to say that in THE HOUNDS it does seem to take an awful long time before anything exciting or gruesome happens. That said, the directors – and there are no less than three credited on imdb – do go for broke towards the end as we are treated to all manner of violent mayhem. There are not one but two eye-pluckings, a beheading, and a couple of eviscerations. 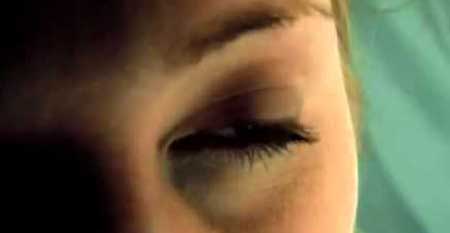 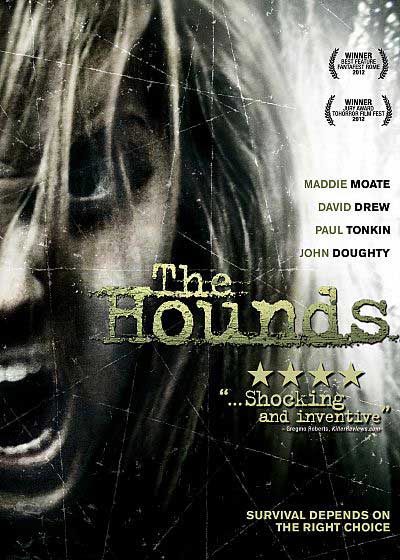 Heady stuff then but not, on balance, enough to really warrant a recommendation. There was a time when low-budget film-making produced gems like HALLOWEEN and, more recently, THE BLAIR WITCH PROJECT. Unfortunately a lot of today’s low-budget efforts – THE HOUNDS included – have more in common with the do-it-yourself ethos of Andy Milligan and Jess Franco and in the end the film’s drawbacks – iffy acting, banal script, and general air of amateurishness – make it something of a slog to sit through. 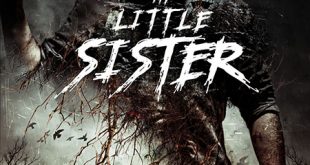