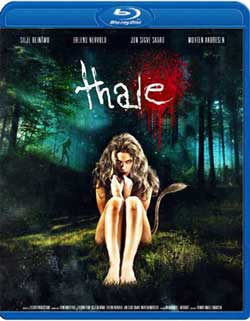 Norwegian folklore turns out to be real when Leo and Elvis encounter Thale in a basement. A regular cleaning job turns into a struggle for survival, while they’re trying to figure out what or who Thale is

Before I sit down to review any film I carry out some basic research. I purposely avoid other reviews, plot spoilers and the like but try and find something out about the cast and crew, or maybe a basic plot synopsis. With Thale (promounced tall-ey) I could find out very little other than that it is a story based on Norwegian folklore. So when the film began I knew little of what to expect. And in this case, the less you know the better. 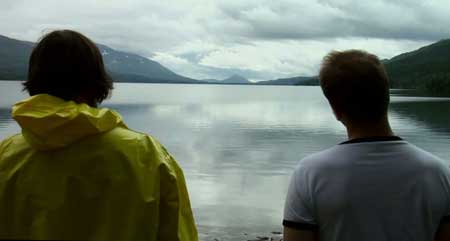 The film opens with two men, Leo (Jon Sigve Skard) and Elvis (Erlend Nervold) cleaning a house with the latter vomiting regularly and uncontrollably. It turns out that their job must be one of the worst imaginable. They are basically cleaners working for the “No Shit Cleaning Company”, but their tasks are not ordinary ones. The men are responsible for cleaning up following murders, deaths and other generally unpleasant occurrences. Blood, guts and entrails are their life and we observe Leo mopping up blood and scooping remains into a bucket.

When they are finished Leo receives a call and discusses a new job. They head to an isolated cabin located in snow covered woods on the premise of locating and retrieving the remains of a old man, presumed dead. The film is cut at this point with a voiceover, which returns at various points to give some backstory to the piece, from an unnamed man (Roland Astrand) as the camera follows a path through what we must assume are the same woods while an infant’s cries are heard in the background. As we enter a cave a baby is discovered. 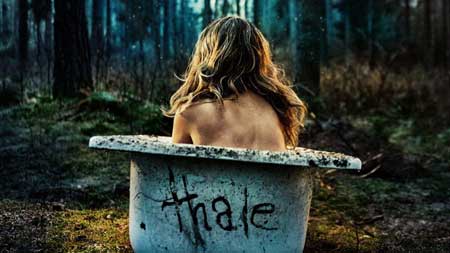 While investigating the cabin the two men find a passageway leading to a hidden staircase and a new subterranean level to the property. These rooms are dark, gloomy and somewhat sinister, and when they break through an apparently sealed door Leo and Elvis discover a laboratory. The shelves and tables are rammed full of strange objects in jars and canned food, and the walls are covered with curious drawings and pictures. More curious still is a bath full of an unknown white liquid. The rooms appear to have been abandoned for some time as everything is covered in dust and thick cobwebs. It is as if the room was used as a shelter, a hideaway from the world outside. As Elvis explores further he discovers more than he could have imagined and that the cabin is not as abandoned as first thought.

Firstly let me say that I think Thale is a superb film. There is a growing sense of dread and fearful anticipation throughout the film and the viewer is sucked into a claustrophobic and mysterious world inhabited by secrets and darkness. Writer and director Aleksander Nordaas has delivered a piece of work that will chill you to the pit of your stomach and will leave a lasting impression. Throughout Thale you are in a constant state of tension, expecting something nasty to happen at any moment without fully understanding what that might be. There is a sense of oppression and terror that many films strive for but few actually achieve. There are even a few good “boo” scares just for good measure. 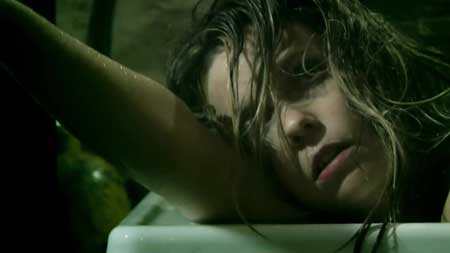 The director has created a palpable sense of intrigue and terror that once it grabs you does not let go. There is a scene where Thale, an apparently vulnerable young woman, and Elvis are humming back and forth to each other, this being the only way she seems to communicate, which is uncomfortable in the extreme, and without giving anything away goes some way to explaining the character’s situation. 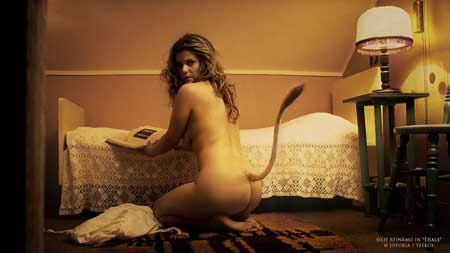 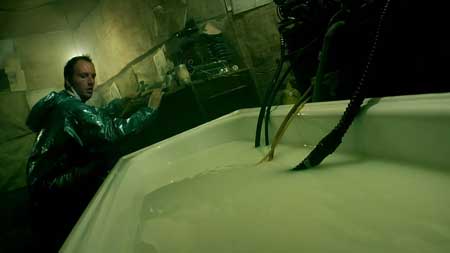 The performances for the three leads are terrific and at no point leave you in any doubt that what you are witnessing is real to them. The men convey their confusion and terror impressively and Silje Reinamo as the title character portrays bewilderment and mystery while at the same time giving the audience a sense of impending horror and a feeling of terrifying power, despite having virtually no lines at all. The director has produced a claustrophobic, terrifying and intensely dark fairy tale similar in style and tone to much of Guillermo Del Toro’s work and this reviewer can give no higher praise.

In short, seek out Thale. The film will frighten and alarm you, scare and disorientate you, and yet at times will even make you smile. If you have a genuine love of horror you will love this film. 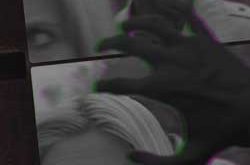 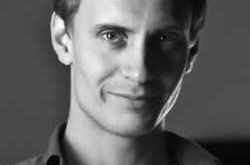 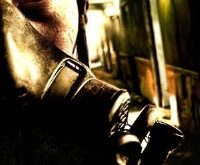