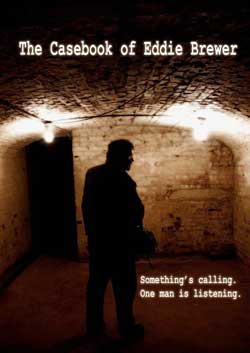 Eddie Brewer is an old-school paranormal investigator, being followed as part of a documentary .

Wonderfully creepy! You can embrace those words and prepare yourself for a damn eerie experience with new film “The Case of Eddie Brewer“. We’ve come to a point in horror cinema that the mere mention of a “cinema verite” or “found footage” style film subjects your expectations. It is rare these days when you sit down with a new movie (and UK originated I might add) that takes you to places psychologically equipped to just freak the crap out of you. Director Andrew Spencer who is still a relatively newcomer to the genre, might have just stumbled upon greatness by appealing to  viewers common interest points. For one, we have surely become a society that fascinates in the after life and things that haunt. I half expected the film to follow in these common TV traits that we are so inundated with across the cable networks. In fact the premise wouldn’t really suggest otherwise. 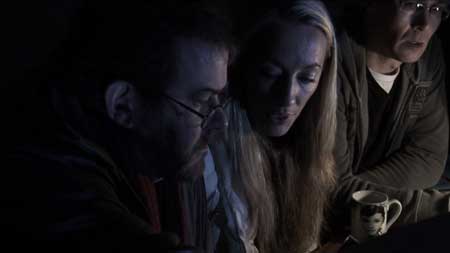 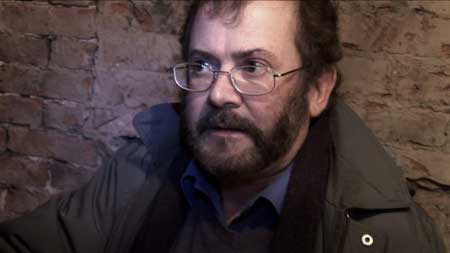 Eddie Brewer is an old school obsessive paranormal investigator who really hasn’t seen much “real” and authentic action in his field. He keeps souvenirs of some close encounters that remind him that “something” is indeed off the beaten path in the world of the supernatural. Eddie Brewer is played by actor Ian Brooker, of whom we instantly can feel at ease with. This investigator who does so without profit has consumed himself into his research. An occasional book release and frequent radio show appearances have given him a moderately well known reputation in his field. Though we also suspect that Eddie operates merely on his own accord as result of his self motivated interests. Eddie lost his wife in a fire years back, which still effects him today. The hobby and interest absorption most likely roots itself in this past tragedy. Perhaps, as we also suspect, he wants “that” affirmation of his wife’s life continuing on into other realms.

The movie is set up with a local filmmaker who has taken an interest in Eddie’s work. She has inquired about filming the life of a paranormal investigator as he takes on new cases. In between footage, we capture Brewer’s thoughts and experiences. Though the of 2 of them never dream that their worst nightmares are about to unfold all in front of the camera. 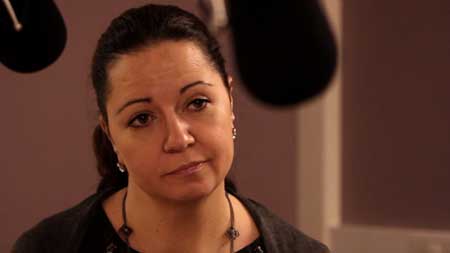 Brewer decides to take on a new case that involves an old building originated in 1725. This building which is referred to a harbinger house is suspected of odd events. These occurrences begin to escalate into massive proportions, but not until Brewer has had to deal with an odd array of skeptics and locals who discount his efforts (and generally give him a hard time). One surprisingly enough, is a local with her own radio show, Dr. Susan Kovac (Louise Paris). She prods Brewer for authenticity and his failure for controlled environment experiments. Brewer, a self proclaimed agnostic, begins his research into this old building and its residential reports. A basement encounter leaves an electrician in shock who details his first encounter. A young girl by the name of Lucy (Erin Connolly) provides a secondary creepiness who has been communicating with an entity named “Grimaldi” 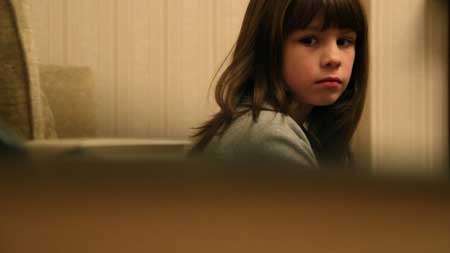 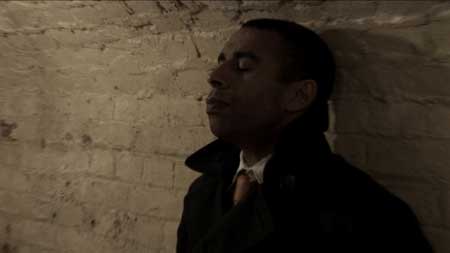 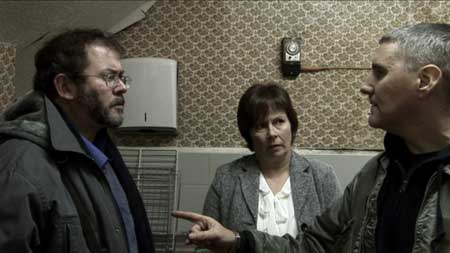 Eddie is called in to take a look and set up camera in hopes of capturing explained events. The events involved the reappearance of old coins, a creepy basement hole that fashions some odd cultic writings, and the increased relationship between this girl and a spirit.

On its own merit, that surely wouldn’t be enough to carry the film. However Eddie and all his colleagues get the ride of their life as a ghost begins to haunt the halls and generally scare the life out of them. It is powerful surreal stuff that appeals to one’s own fear of what lurks around in the shadows (and what you might feel when it does come to fruition). Actor Ian Brooker provides an equally powerful range of expressions that make us believe that his character is genuinely creeped out. When he is whispered the true name of the dark entity, we tend to accept his emotional discord that knocks him for a loop. Director and writer Andrew Spencer has succeeded in the area that “so” many have failed. The tension that emanates from the camera POV increasingly pulls you in with unsettling expectations. 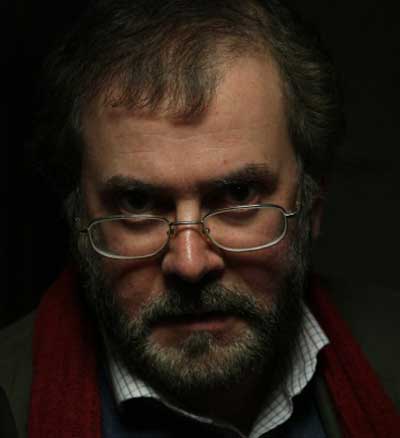 “The Casebook of Eddie Brewer” is also appropriately laced with sound effects and scoring that fits like a glove wrapped nicely around a genuine scare fest of encounters. I highly suggest others seeking out this remarkable haunting film. An easy contender for one of the creepiest films of this year.