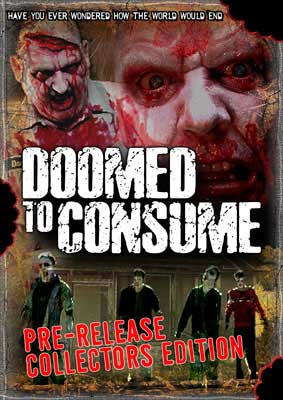 Jason Stephenson.  NFTS Productions (which stands for “Not for the Squeamish”).  Ever hear of them?  Chances are you probably haven’t … yet.  Stephenson has directed five movies since 2004 and with each movie you can see his confidence and skills grow.  Stephenson lives and makes genre films in Minnesota with, no doubt, a close circle of friends and family who also share a love for horror movies and who believe in his vision.

I contacted Jason and NFTS Productions telling him that I love indie horror flicks and what’s more, I love to support them.  Let’s face it; horror today has grown stale and flaccid with remake after uninspired remake being cranked out of Hollywood and crammed down our throats.  Most people I talk too would love to see something fresh and original and that’s why I contacted Stephenson; I wanted to reach out and experience something new.  So many people say they want something fresh yet they have a pre-conceived notion that indie horror = crap.  That’s just not the case.

Yes, indie flicks have low budgets and very tight shooting schedules, but they also often result in solid horror flicks made by people who genuinely love the horror genre and want to express their passion on celluloid.  I consider myself a frustrated indie horror maker who waited too long to embrace what I’m passionate about (although I’m doing a lot of script writing now); that’s why I want to support those who are fully embracing their dreams, passions, and visions.  But the main question is, “Are Stephenson’s movies any good?” Because if they aren’t then I’m just wasting my time (and let’s face it, a bad movie is a bad movie no matter what the size of the budget is).

The first NFTS flick I watched was 2006’s  Doomed to Consume in which Stephenson directed, wrote, produced, and did the cinematography for (hell, he probably even catered it and was the on-call doctor!!).  Doomed, which has one of the best zombie titles ever, is about a group of survivors in a small mid-Western town trying to make it through the zombie apocalypse.  It stars Nicole Blessing as Traci Loomis (a nod to Carpenter’s Halloween??) as one of the survivors of the outbreak who is also wrestling with some personal demons.  She eventually meets up with Jim, Shane, and Tyler (Doug Sidney, H.T. Altman, and Don Prentiss respectively).  They hole up in a farmhouse but as their food, water, and ammo get depleted we follow them as they seek out new shelter and more protection.

The first thing you’ll notice is that the performances are all pretty strong considering the cast of relative unknowns.  There’s not the typical overacting usually associated with indie projects (collectively the four main actors have only a handful of acting credentials between them prior to Doomed).

One negative thing I can say about Doomed is that there is too much talking and not enough zombie mayhem.  In fact the only thing that keeps this from being a cult/underground classic is the at-times slow pace and lack of action.  The few gore f/x we get are well done but seem to all come towards the end of the film.  But something else we get here is character development.  Stephenson really takes his time at establishing and developing his characters, and you almost forgive him for letting the movie get too long-winded.  We see the most development with Traci as she wrestles her demons and tries to come to terms with a dark secret from her past.  Ultimately she lets that secret destroy herself and the others; her inability to connect with the other survivors ultimately dooms them all as her cowardice and self-pity get the best of her.

Despite the slow pace and lack of action at times, I enjoyed Doomed to Consume if for nothing else because it was character-driven.  That’s really refreshing to have considering most film makers simply offer us stereo-typical characters with no depth or development.  Stephenson also offers some nice gore towards the end of the film (but for my taste this needed a lot more gore). 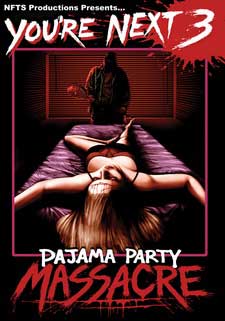 The next NFTS flick I watched was 2007’s You’re Next 3: Pajama Party Massacre.  This is an interesting one.  The film, which runs only 25 minutes, stars only three people:  Two girls having a pajama party (calling them “girls” is being nice.  Why are two 26 year olds having a sleepover anyway?) and the killer.  The two girls, who could definitely fill out any bikini top, are having a sleepover and are attacked by an axe killer.  That’s the plot.  So, you might be asking, is there a You’re Next 1 and 2?  Why yes there is.  The first two, included in the “extras”, were short films in which Stephenson was basically testing his film making chops and seeing if he actually enjoyed making horror flicks.  When you watch all three You’re Next shorts back to back you can really see Stephenson developing as a film maker.

The third You’re Next is definitely the best.  We see the axe killer stalking and dispatching the two girls.  Stephenson manages to build some good suspense in such a short time and also gives us some pretty fun gore.  In one scene the killer knocks out one of the girls using the decapitated head of the other girl.  Good stuff.  And be sure to listen to the director’s commentary.  In it Stephenson talks about how much he loves the “continual shot” and he also talks about the history of the You’re Next franchise.  He also likes giving us little facts about the production.  In one scene one of our huge-breasted girls kicks the killer in the balls and Stephenson, in a very stoic voice, chimes in and tells us, “Those were actually ball kicks; Scarlet kicked him in the balls there and one other place.”  You’re Next 3 is pretty basic but also a lot of fun:  Girls alone meet axe killer and die.  But what I find most interesting is watching all three You’re Next flicks and seeing how far Stephenson has come. 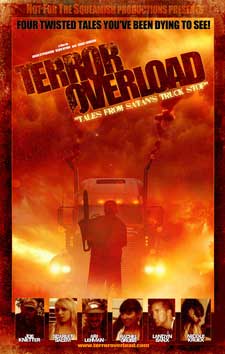 The last movie from Stephenson that I watched was the horror anthology Terror Overload (2009).  This is definitely Stephenson’s most mature work to date.  In it we see his best camera work, his strongest script, his fastest paced movie, and the best gore f/x to date.  Overload has three directors and Stephenson directed the wrap-around story “Devil Driver” and the snuff story “Lot Lizard.” A girl’s car breaks down (played by Scarlet Salem, one of the girls in You’re Next 3) and is picked up by a friendly trucker.  The trucker is played by Joe Knetter who also wrote Overload and You’re Next 3 and played the axe murderer in You’re Next 3 and a zombie in Doomed (he also wrote and stars in Stephenson’s new flick Strip Club Slasher).  Whew.  He then proceeds to tell her three stories. The first, “Dinner Date” (directed by Kevin Myhre) is a fairly predictable story of a couple on a first date. It comes as no surprise that the date ends up with the chick tied up in his basement!!  The gore is what saves this one as we watch the man perform a vivisection on his date (I’d hate to see what he does on a second date!!).

The final story, “Mongo Chupa”, stars Ari Lehman (little boy Jason in the original Friday the 13th) as a hill-billy redneck who is pimping out his two buxom sisters while at the same time f*cking them in order to teach them how to really please a man.

This is the most jaw-dropping of all the stories and includes both brother-sister and sister-sister incest.  Unfortunately the creature is so silly looking and laughable that it kills the atmosphere director Brant Johnson created in the beginning.

The wrap-around story “Devil Driver” has a nice twist that really works and ties into one of the stories.  This segment easily becomes the best of the anthology.

Are Stephenson’s movies perfect?  Absolutely not.  Are they low-budget outings that suffer slightly due to the low funds?  Absolutely.   But watching the three NFTS Productions in chronological order really says something about Jason Stephenson:  He’s getting better with each movie he makes, and let’s face it; he makes some damn entertaining films.  That goes a long way for this reviewer.  His next one is Strip Club Slasher (still in post-production at the time of writing this article) and I for one can’t wait to see what Stephenson gives us next!!  Make sure you check out Jason Stephenson and his NFTS Productions. 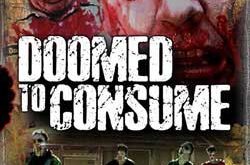 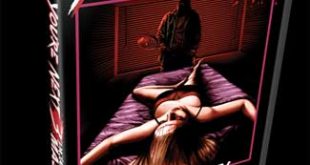