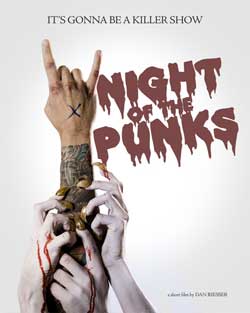 A small town punk band travels to their first out of town gig, only to find the venue deserted, the promoter a creep, and the only audience a pack of bloodthirsty demons from hell.

This short film was deliciously quirky and had a wide range of both music and film references, which is definitely something I approve of, as it’s good to show knowledge and context of the industry! I thought that the mixture worked well, as horror and punk are not something that is mixed together all that often. But as Night of the Punks proves, it definitely needs to be done more because the end result here was truly interesting and innovative. This short film manages to cram into it everything that you could possibly want from a horror – a group of struggling musicians, an empty venue, a creepy promoter, a bit of punk music and even a pair of boobs from a drunken girl (standard procedure for any horror film!). Oh yeah, and a horde of flesh-eating demons disguised as rock fans, limbs ripped off, faces ripped off, plenty of green goo splattered around too. Perfect.

Considering that it was only a nineteen-minute film, there was an incredible amount of gore present which reminded me strongly of classic 80s horror with its use of good old-fashioned special effects, rather than the CGI (or ‘visual effects’. They sometimes call it) that tends to be preferred today. Perhaps even the name ‘Night of the Punks’ is a nod to George Romero’s wonderful Night of the Living Dead. There certainly is similarities, what with the blood-thirsty demons attacking a group of people who are stuck in a building – and hey, zombies and demons are pretty similar really! Funnily enough, the humour is very closely related to the gore, with the main characters using a cymbal to slice through a demons head and stabbing demons in the eyes with drum sticks. I mean, it’s silly (of course it is!), but it knows it! For that, I respect it. This is a really fun film – despite the killing and all. Or maybe because of the killing!

The cinematography is excellent all round and I love the use of jaunty angles (which compliments the whole ‘offbeat’ vibe that is present throughout). Night of the Punks almost has a similar tone to Shaun of the Dead, as it is a horror/comedy hybrid that knows its genre well. A scene that particularly reminded me of Shaun of the Dead was when one of the characters in Night of the Punks talked about ‘respecting the vinyl’, much like the infamous vinyl throwing scene, where Shaun and Ed have to decide which ones to chuck. I can also draw similarities to From Dusk Till Dawn, as this involves a band of characters sticking together as the place gets attacked by vampires. This also has an overtly tongue-in-cheek quality to it that I find very appealing.

An important point to note is that the director, Dan Reisser claims that he is going to turn this into a feature film. The script is already complete and the project just needs to get some funding before it can be made. I found this a wonderful piece of news, as I feel like Night of the Punks definitely has the potential to succeed as a feature length film (it has even won a smattering of awards for just nineteen minutes of screen time, imagine what could be done in ninety!). As long as the same high standard is maintained, it is a guaranteed winner that I shall be looking out for! 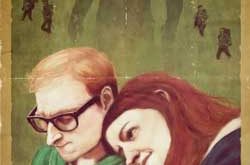 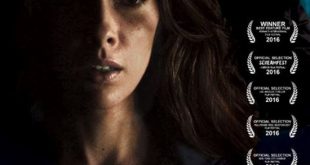