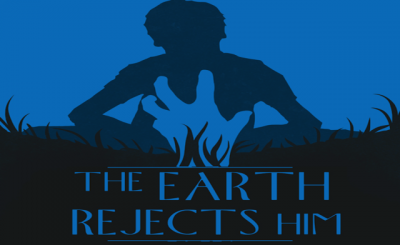 A young boy discovers a corpse while biking in the woods, then faces unexpected and macabre consequences when he tries to bury it.

It isn’t always easy to write a review for a short film. As with a feature length film review, you don’t want to give away too much to the reader, which is even more difficult when you have less material to work with. There was a time when I felt that short films were not very important. My view has changed tremendously, so much so that I feel a short could be more beneficial than a feature. They may not be widely released or available on DVD, but with the popularity of video sites on the net, worldwide distribution is just a click away. Whatever the plans may be for “The Earth Rejects Him”, it’s a short film you won’t want to miss.

When a young boy and a couple of his friends are out horsing around in the woods, they discover a dead body. The boy wants to assure a proper burial, so he buries part of it himself. What happens next is bizarre and frightening, something the boy will never forget.

This little 25min short packs more of a punch than most features. It is a perfect three act experiment that works in every respect. It almost feels like the end of childhood and the birth of being thrust into a scary new world. The end of innocence in a sense. Ellis Gage does a terrific job conveying those exact feelings as our lead child. He carries the film like a seasoned pro and has a bright future should he decide to follow down that road. 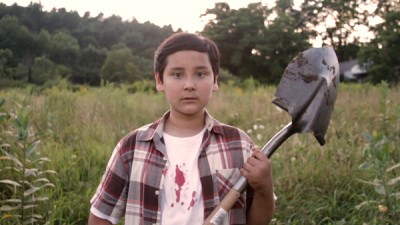 Jared Skolnick wrote and directed the film that proudly takes inspiration from the likes of Lovecraft and Del Torro. All three acts are clearly defined and each has their own unique feel to them. Without giving anything away, the final moments gave me chills. There is clearly a group of talented people who are deserving of finding an audience for this film. However you may find it, I suggest you do so and let people know that there is a new voice that wants to be heard and Jared Skolnick is intelligently speaking to us true fans who know when we see something great and we are here to support it. ***** (out of5)