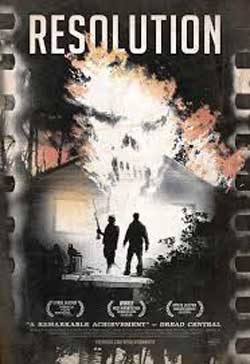 Michael (Peter Cilella) is committed to getting his best friend Chris (Vinny Curran) to sober up and get his life back on track. With the best of intentions, Michael implements a plan to convince Chris to go to rehab before his drug addiction leads to an early death. But what begins as an attempt to save his friend’s life quickly takes an unexpected turn as the two friends confront personal demons, the consequences of past actions, and forces beyond their control.

The horror genre is always going to be a difficult one to make an impact in. There are only so many basic storylines to use whether it be aliens, supernatural, slasher and so on, and every generation will have its studio backed franchises and remakes. So real credit must be given to any filmmakers trying to be different. The writing and directing team of Justin Benson and Aaron Moorhead have certainly attempted something new but whether they have succeeded or not lies in the mind of the audience as much as in what is seen on the screen. 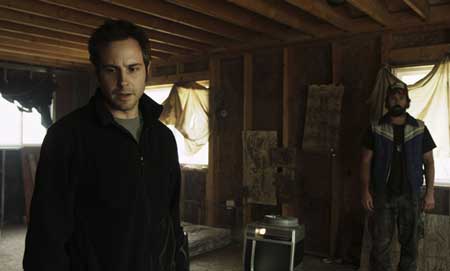 The film opens with quiet family man Michael (Peter Cilella) being sent what appears to be a cry for help from his best friend Chris (Vinny Curran) in the form of an email containing images of the latter having a drug induced break down. An attached map gives directions to a remote cabin where Chris is squatting and Michael feels duty bound to help. When he arrives he finds his friend in a meth induced state of extreme paranoia and decides the best way to help is to chain him to some pipework until such time that Chris is prepared to attend rehab.

As the days pass Michael begins to learn more about his friends life through menacing moments with local drug dealers, intimidation from the Indian reserve “enforcers” and unfathomable clues that offer little in the way of explanation as to the true nature of what is going on. 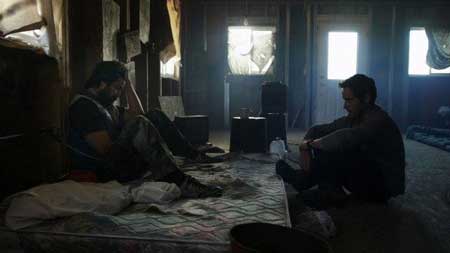 Resolution is, at its heart, a buddy movie and I don’t mean this as a throwaway judgement. More time is spent on the relationship between the two main characters than anything else. Michael is desperate to get his friend clean and into rehab and considers the harsh treatment fair and ultimately necessary. Chris it transpires believes he has made such an awful mess of his life that death is the only answer and simply wants to be left alone to meet his end on his own terms. The two characters conversations and interactions provide occasional light relief and real chemistry when compared to the dark and mysterious events happening around them. The performances of Cilella and Curran are excellent and absolutely believable giving the film its real strength. 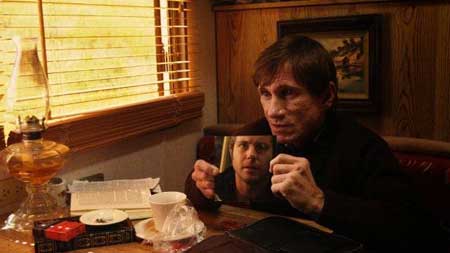 The support cast are peripheral for the most part but fine in what they need to do, although there is a strangely haunting scene when Michael meets a French scientist named Byron (Bill Oberst Jnr). In what is the films only exposition moment Byron explains something of the nature of what draws people to the area but in the end the audience, and Michael, are left with more questions than answers. 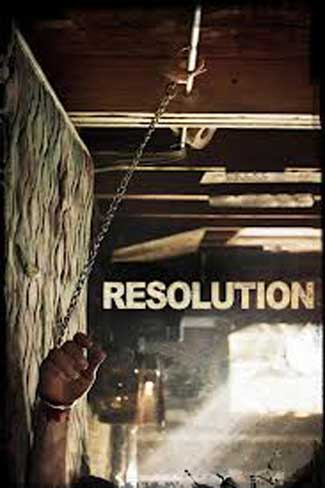 The problem as I see it with Resolution is that there is just too mush going on. There are so many themes and ideas thrown at the audience that it all becomes a little confusing. There is a scene with what transpires is a mentally ill young woman tapping creepily on the window but little else is ever said. At a later point Michael goes to explore some caves said to be of importance but after discovering a homeless man sheltering there they are not referred to again in any detail. There is one overriding theme which I won’t reveal but all these little clues do cloud the water somewhat and while I have no problem with ambiguity and invention I would have preferred the filmmakers to have cut one or two elements and place more emphasis on fewer plot lines. 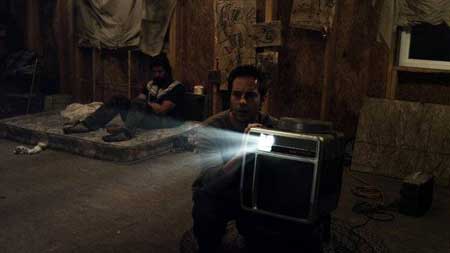 With all that said Resolution is an enjoyable film. There are a couple of genuine frights and respect must be given to Benson and Moorhead for making the film their way. For a début feature it is impressively constructed and atmospheric throughout. It is their direction of the lead actors that does stand out though and as stated above is what holds the whole film together. Resolution will definitely divide audiences as many will be expecting a more traditional narrative but it will certainly lead to post-viewing discussions, and that has to be a good thing. An extremely promising first film and definitely filmmakers to watch.