Home | Do Not Disturb – Treatment Notes on Future Paranormal Film

Do Not Disturb – Treatment Notes on Future Paranormal Film

Do Not Disturb
Treatment Notes

While growing up in the late 70’s and early 80’s, my mother often worked late at night, and I was left home alone in the care of my good pal HBO. Some of the best horror films of all time were produced during that timeframe including the works of John Carpenter, Wes Craven, George Romero and Sean Cunningham. And I saw them all.

Maybe it’s just me, but other than for a few rare exceptions, no one makes films like those anymore. Movies that make you afraid of the dark. Afraid to go up in the attic alone. Cautious about letting your toes hang off the end of the bed, as you can easily picture a bony, skeletal hand just inches away. I think most of the experience boiled down to a primal fear of the unknown, and uncertainty tends to breed in the dark of the night.

Do Not Disturb is designed to take us back to those days. Back when it was a lot harder to turn the lights off at night. We are not taking the “blood and guts” approach, though. Personally, I enjoyed the gory slasher films just as much as the other sub-genres, but I do not think it is fitting for this story. Do Not Disturb is a ghost story, and I prefer to emphasize the fear of the unknown instead of more graphic realities. To evoke fright, we will opt for what the viewer does not see, instead of what they do see. With any luck, after watching this picture, we hope you’ll pause the next time you’re in a hotel and see the iconic “do not disturb” placard on the door handle, and enter with guarded caution. Most of the films from that time period were also permeated with a fair dose of sexuality, and that is one element I intend to preserve. Although, I’m inclined more toward the semblance of mature eroticism characterized by films such as Basic Instinct than I am the teenage melodramas synonymous with the Friday the 13th franchise.

Another significant trait of that era was the music and sound effects score, and I firmly believe that the success of many pictures can be directly traced to this component. Recall the haunting background sound effect from Friday the 13th, or the music soundtrack from Halloween. Interestingly, director John Carpenter also composed the music scores of almost all of his better films, Halloween included. Based on the premise that music and effects play a central role in the overall experience, our expectations will be similarly high.

Aside from the cathartic experience of making this movie after being away from my filmmaking roots for so long, all remaining motives are based on profit, so the picture is also designed with an eye on contemporary marketing trends. The story chronicles the ill-fated experiences of a “ghost hunting” television series crew, as popularized by the televised series Ghost Adventures. It also cashes in on the proliferation of and fascination with high quality, consumer grade video. Everyone now has access to low cost HD video. Just check out You Tube.
So…do you believe in ghosts? You may say you don’t, but as you read on, see how long you can resist the temptation to look behind yourself. Something just moved in the shadows over your shoulder. Did you hear that sound, even though faint? Think I’m wrong? Go ahead and look. No one will ever know.

Tags Do Not Disturb 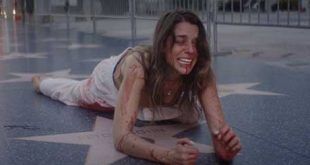 ‘Do Not Disturb’ begins Production in Hollywood 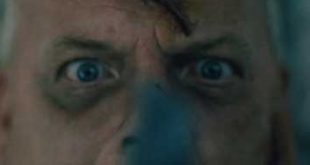