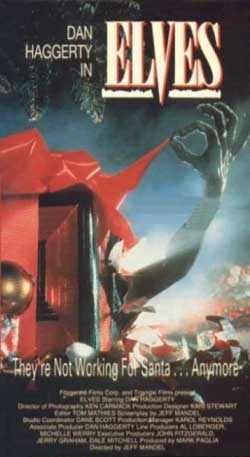 A young woman discovers that she is the focus of an evil nazi experiment involving selective breeding and summoned elves, an attempt to create a race of supermen. She and two of her friends are trapped in a department store with an elf, and only Dan Haggerty, as the renegade loose-cannon Santa Claus, can save them.

Generally Santa Claus is the main focus of holiday movies, but Elves takes Santa’s little helpers and makes them into demonic spawn looking to mate with a nubile virgin. Elves would seem like a bleak Christmas movie about terrible people conjuring creepy creatures, but unfortunately it’s more of a comedy than a horror film thanks to the awful creature effects and poor acting.

Dan Haggerty “stars” as a makeshift Santa working in a mall during the Christmas season. Soon, however, he’s called in to investigate a murder that occurred at the mall after the old lecherous Santa got fired for being too gropey with our female protagonist Kirsten (Julie Austin); turns out that Grizzly Adams is actually a detective as well, although the way Elves introduces this little bit of backstory is straight out of nowhere, which blindsides the audience. That’s kind of the way that Elves works, however – expanding its plot into ridiculousness whenever the film needs to. It means that the movie almost always seems like it’s working in some alternate dimension where logical rules don’t apply. A cat scratched a boy’s back? Elves’ logical progression is to drown it in the toilet. Have to save the world from a killer elf? Have its child – that will work, according to the film. 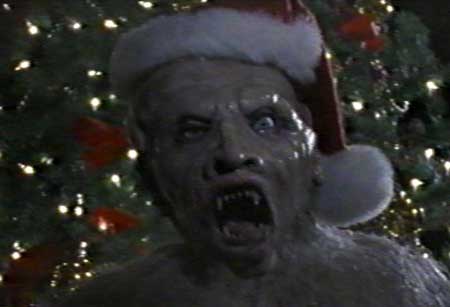 In short, Elves is a spectacularly bad movie in just about every way. The acting is atrocious, except for Haggerty, who adds a dose of realism to a cast of confused, one-dimensional characters – some of whom pop up for only seconds before disappearing into the sea of actors looking to break into show business with these B-movie extra roles. The effects are even worse thanks to the silicone mold of the elf; at times, the little guy can be somewhat freaky when he’s hiding in a room full of mannequins, but once Elves decides to show him again and again, the viewer soon tires of seeing a piece of plastic being carried on a stick posing as a scary monster.

The plot barely makes sense, too. Elves tries to incorporate Nazis into this Christmas jaunt to no avail; the resulting waste of time exploring how Nazis can be linked to demonic elves does little for the film at all, especially when it means the viewer must watch a lengthy scene where neo-Nazis and Haggerty fire at each other in an empty mall, everyone missing their target every single time. The Nazi plotline seems like it’s trying to be edgy and smart at the same time; in fact, Elves is always trying to shock the viewer, whether it be the nasty Santas that blaspheme the yuletide holiday or the incestual relationship between Kirsten’s mom and her grandfather. None of these things work, however; they just come off as ironically hilarious because of how poorly the surprises are delivered. 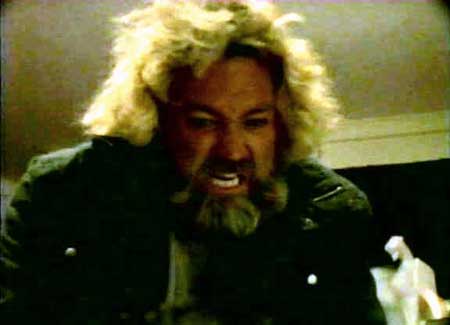 This also factors into the total lack of suspense. It’s hard to dread seeing the elf if it’s not even potentially frightening. Most of the time, you’ll be laughing at how ridiculous the death scenes are to even think about being scared. It might seem that because the film is so bad it’s funny, it would be worth a watch. It’s not – the plot ambles along so slowly, so pointlessly, that Elves is only recommended for those hardcore viewers who completely love bad movies for whatever reason. Anyone else will see no point to this somnolent movie, especially because of the confusing ending, which is summed up succinctly by one of the characters: “What just happened?” 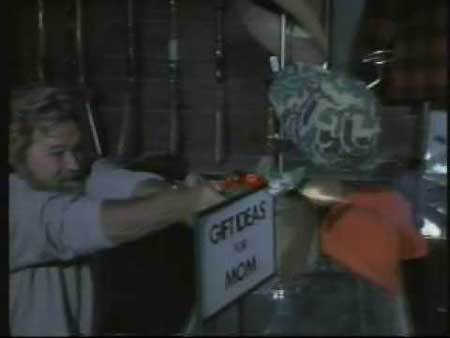 It’s best to stay away from Elves even during the Christmas season; there are much better horror selections out there where one doesn’t need to suck the fun out of their holiday cheer by popping this obscure horror flick in. You’ll be lucky if you can even find this one anymore, anyway – it seems that no one’s come up with a good eggnog-drinking game for it. 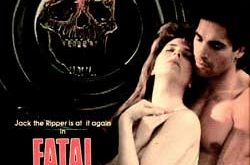