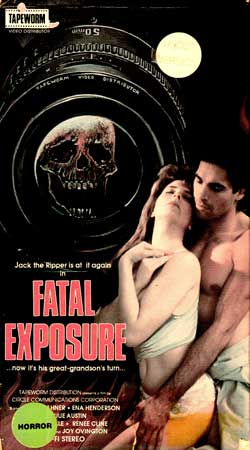 A seemingly friendly photographer in a small town is actually Jack the Ripper’s great grandson. When he isn’t busy killing his victims (and drinking their blood because he believes it keeps him virile) and snapping pictures of them in the process he is on the lookout for his soul mate so she can produce an offspring for him to carry on the family tradition.

Fatal Exposure is without a doubt an odd little flick. It is very low budget and cheesy as hell, but for some reason I can’t quite explain I liked it. The story is ridiculous and the acting is beyond horrendous for the most part, but as a whole the movie is actually pretty entertaining in its own weird way. It’s pretty much one of those “it’s so bad it’s good” kind of movies and while I can’t see myself ever taking the time to watch it again it was better than some of the other movies that I’ve seen of late that had bigger budgets and some well-known names attached to them. 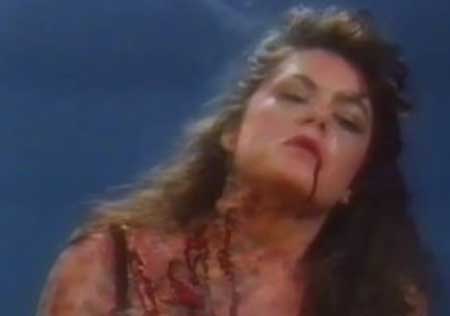 It takes a pretty big set of balls to pick up a camera and shoot a movie with pretty much no budget and a group of friends who lack any kind of acting training whatsoever (I’ve tried it myself with minimum success), and that appears to be the case in this instance. The film quality is pretty bad as it looks like the entire film was shot on a very cheap camera and basically none of the people who appear in the film have any sort of acting ability (especially Blake Bahner who plays the main character). The premise is hokey and most of the scenes are painfully bad (the ones with the sheriff and the redneck who takes care of the cemetery come to mind immediately), but yet I can’t help but admire the people behind it for at least having the desire and courage to go out and make a movie. Despite the movie’s many flaws I found myself actually liking it to an extent. 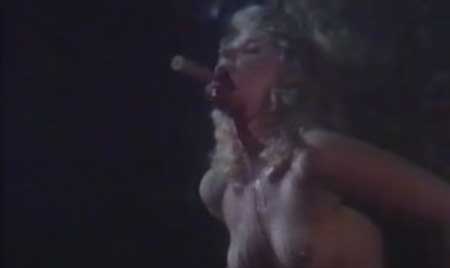 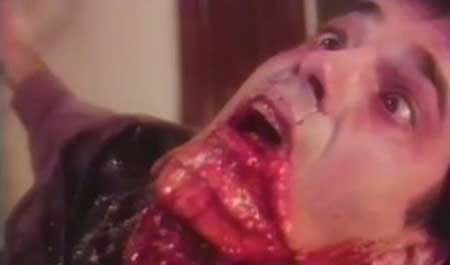 One of the things that I really dug about the movie is the fact that it has some pretty cool death scenes. We get a pretty graphic decapitation, an electrocution, death via acid to the face, and some other fun stuff. I was impressed by how many characters died to be honest as I figured that we would only see one or two of them meet their maker, but there is actually a pretty decent body count. Jack is a pretty brutal guy who doesn’t mess around when it comes to taking out his victims, and for the most part he does so in some awesome and creative ways. 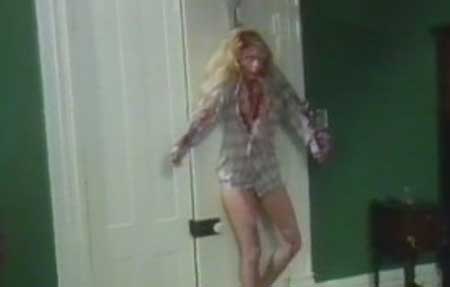 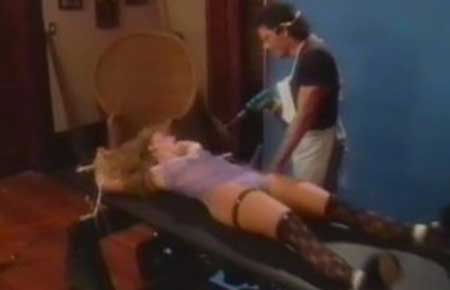 I also have to admit that the movie’s gore effects are pretty kick ass. They look very realistic and you can tell that someone put a great deal of time and effort into creating them. I was really impressed by the majority of them (the death involving someone drinking a beer spiked with sulfuric acid and its aftermath was definitely my favorite and expertly done) and thought that they rocked. For a film with such a small budget I was blown away by how great the effects were. This film is proof that the old school effects -that were made up primarily of fake blood, liquid latex and a few other materials –look much better than the expensive, fake-looking CGI crap that most filmmakers use today.

Despite its many flaws (the main one being the villain constantly breaking the fourth wall and talking to the viewers) I still liked Fatal Exposure. It isn’t my new favorite movie or anything but I didn’t think that it was nearly as bad as most other people who had seen it claimed that it was. I thought that it was pretty decent for a movie made with very little money and no professional actors (Hell, it was better than some of the crappy so-called horror films Hollywood has been churning out recently if you ask me). Check it out if you can find a copy (it is supposedly rare), and if you don’t have high expectations for it you will end up digging it. 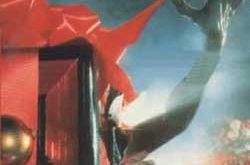