A Birmingham-based band are ordered by their unhappy record company to an old warehouse; the goal being to re-start their ailing careers with a kick-ass new promo video. Unfortunately the band and their entourage find themselves targets of a mysterious knife-wielding maniac, haunted by the voice of Satan, and out for revenge.

As much as I love horror films, my favorite films don’t exactly fall under that category. My all-time favorite film is the Russ Meyer classic, “Beyond the Valley of the Dolls”. I love films that center around rock bands in crazy situations. Another in my top ten is “Rock and Roll High School”. Whether they are real bands or fictional bands, I love how the music is as much a part of the story as the characters are. When it comes to rock and roll horror films, most of them are corny but “Trick or Treat” frakking rules!! The only other rock and roll horror film that comes close to being as much fun was “Suck”. So when I read the synopsis for the British horror film “Deadtime”, I felt a pang of excitement. A rock band is in a warehouse cutting a new video while everyone is being turned to mincemeat by a masked psycho. It could have been something great. In fact, there are a few moments of brilliance that shined through, but overall, it was a severe disappointment.

It seems as if things have not been going so well for goth/metal band “Love Meets Murder”. At one time they were at the top of the charts, now they are on the verge of being cut from their label. They are given one last chance to prove they haven’t lost it. They are sent to an old warehouse to shoot a promo video, a video that will decide their fate in the business. Everything seems to be going great until one of the young ladies ends up murdered. What will be their next move? Call the police or finish what they started? Is their career more important or maybe the person that killed her is still lurking about deciding on who to axe next?

My main gripe about the film was the lack of rock/metal music. We hear one song from the band and the score should have been much heavier to help capture the tone of the film. The use of CGI didn’t always work like intended. Much of it looked really silly. Most of the acting in the film was good but once the killer is revealed, the way he begins to act(?) crazy was so incredibly over the top that it was laughable. Even the killer’s motivation was weak. With a few tweaks this could have been a classic.

Even though there are negatives, I also have a few positives. While the CGI looked silly in some scenes, a few of the deaths were actually really damn cool. My personal favorite was a stabbing to the back of the head and the end result looked slick. The dialogue was often dumb, some of the references they make if you can catch where they were from was sort of fun. I also have to mention that I am a fan of men and their girly screams, there is a possible classic one in “Deadtime”. The gore is never in abundance but there is just enough to satisfy (also just enough bare skin for the fellas to wet the appetite as well).

“Deadtime” is mostly a missed opportunity in my book. Director Tony Jopia and writer Stephen Bishop were on the right track, they just made a few flaws that pretty much kills any chance of this becoming a classic. If you’re going to tout the film as a rock and roll horror film then you should really deliver on that promise, I never felt they did. If they had knocked it out of the park with the music, it could have helped me to overlook the flaws within the story. I didn’t hate the film and there are a few fun and inspired moments in the film worth seeing so I will recommend it. The film ends up being average but still worth a view. ** (out of 5) 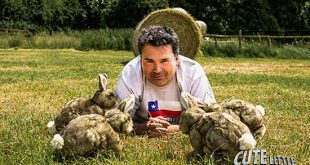