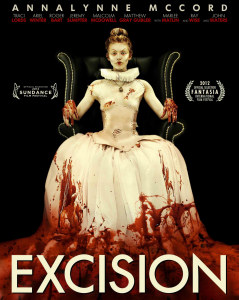 Based on a short film of the same name, Excision follows a disturbed and delusional high school student, Pauline (AnnaLynne McCord), with aspirations of a career in medicine, goes to extremes to earn the approval of her controlling mother (Traci Lords). While dealing with being an outcast teenager and obsession over curing her sister’s cystic fibrosis, Pauline becomes continually deranged as her fascination of the surgery and the human flesh grows into something abysmal and demonic.

Bonus features on the Excision Blu-ray™ and DVD include an audio commentary, a behind-the-scenes featurette and collectable O-card packaging (for the DVD). 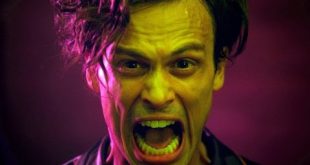