JournalStone Publishing President, Christopher C. Payne is pleased to announce signed and numbered hardcover 1st editions, restricted to one hundred (100) copies each, of two forthcoming JS novels, both of which tied for first place in JournalStone Publishing’s annual horror writing contest: Douglas Wynne’s The Devil of Echo Lake, with an Introduction by noted author Joseph Nassise, and Patrick Freivald’s Twice Shy, with an Introduction by celebrated author Lisa Morton.

Shipping date for the limited hardcover 1st editions is expected to be September 15, 2012. While later paperback and e-book editions of these books will be released and distributed by JournalStone Publishing, only the limited, numbered hardcover 1st editions, priced at $44.95 will be signed and include the exclusive introductions. These two special hardcover limited 1st editions are expected to sell out quickly. The special 1st edition hardcovers will only be available for purchase through JournalStone Publishing: journal-store.com and Cemetery Dance Publications: 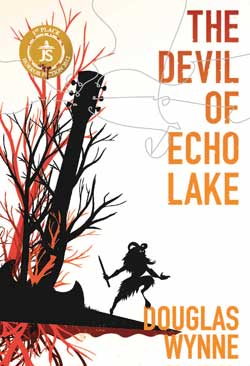 The Devil of Echo Lake
by Douglas Wynne, with Introduction by Joseph Nassise

Billy Moon’s next album could save his career if recording it in a haunted church doesn’t kill him. The Devil is in the details.

Billy Moon would have given his life for rock ‘n’ roll stardom, but the Devil doesn’t come that cheap. Goth rock idol Billy Moon has it all: money, fame, and a different girl in every city. But he also has a secret, one that goes all the way back to the night he almost took his own life. The night Trevor Rail, a shadowy record producer with a flair for the dark and esoteric, agreed to make him a star…for a price. Now Billy has come to Echo Lake Studios to create the record that will make him a legend. A dark masterpiece like only Trevor Rail can fashion. But the woods of Echo Lake have a dark past, a past that might explain the mysterious happenings in the haunted church that serves as Rail’s main studio. As the pressure mounts on Billy to fulfill Rail’s vision, it becomes clear that not everyone will survive the project. It’s time the Devil of Echo Lake had his due, and someone will have to pay. 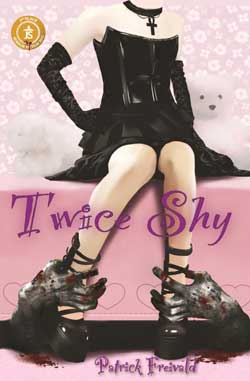 Ohneka Falls is a small, Western New York town where everyone knows everyone and nothing of note happens. Ani Romero is a sixteen-year-old girl who wants to play sports, hang out, and kiss Mike, her middle-school crush. A childhood carrier of the zombie virus, she died at fourteen but didn’t become a mindless, brain-eating monster. Her controlling mother forces her to join the emo crowd to hide her condition behind a wall of black clothes and makeup, and her friends abandon her. As her emo facade crumbles in the face of jealousy and obsession, Ani knows that the worst thing she can do is be true to herself.