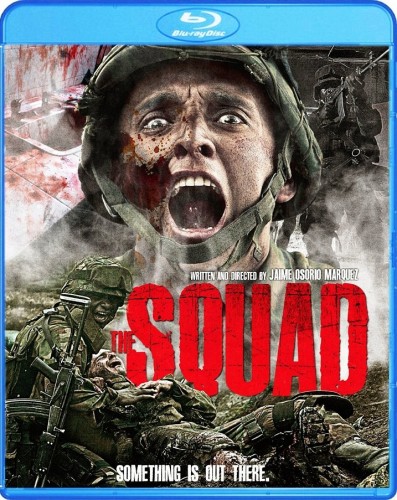 Its the story about nine pro soldiers of an special anti-guerrilla “comando” unit, sent to an abandoned base located over a 14.000 ft. mountain in the colombian andes. which has lost contact few days ago,supposedly beacause they were under guerrilla attack. at the time the “comandos” arrive, they found only one survivor.

Horror aficionados have known for some time that Asian cinema has been a bastion of quality in the Hollywood quagmire of sequels and remakes; many of which are based off of Asian films to begin with. The likes of “Audition”, “The Tales of Two Sisters” and “Ringu” have scared the giddy pants off of horror fans as Hollywood doles out cheap imitations. Slowly, other countries have quietly turned out some of the best new horror and are starting to broaden the landscape. France gave us “High Tension” and “Inside” while the Spanish are coming on strong with the “[REC]” series but now we can add a Columbian film in “The Squad.”

With a new lieutenant, a squad of commandoes are dispatched to recon a remote outpost high in the Columbian mountains that has lost radio contact. The squad arrive to find the place abandoned but discover a woman who’s been walled up and surrounded by superstitious protections. As they wait for orders they try to discover what happened to the men who were there before them and who the woman is while protecting the outpost from possible guerilla attacks. One of the soldiers finds a diary that implicates that the woman behind the wall is a witch and the cause for the missing soldiers and when the sergeant turns up dead, they start to believe it. 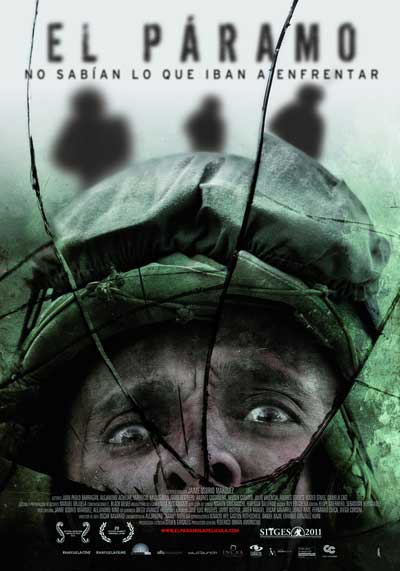 With little experience and a small budget, director Jamie Osorio Marquez dials in a fantastic effort of inspired camera work using tight shots, a muted color palette and few locations that prove effective within the films limited means. The style causes the focus to land squarely on the soldiers themselves as even the fog proves to block out any distractions from that focus, what we’re left with is a clinic in creating tension. The premise starts out tense as the soldiers are being sent into remote territory with little information and what could be an extremely dangerous mission. On top of that they are being sent with a new lieutenant that they don’t entirely trust and is perhaps more by the book than the rest of the team is used to. Once there the outpost is quiet and covered in a dense fog; not knowing what they face they must sneak in and discover if it has been taken over by guerillas. 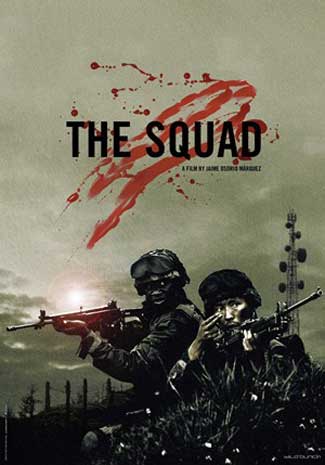 This is not a plot heavy, action laden scare fest and yet it almost blends the defining line between horror and thriller. “The Squad” doesn’t even spend a lot of time delving into the background of the soldiers but chooses to focus on who they are now and how they react to an impossible situation. Each man must deal with fear, uncertainty and whether or not to follow their orders as the chain of command quickly erodes. 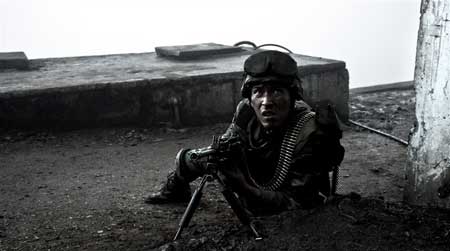 Once the sergeant is found dead and the mysterious woman is missing the discipline of the rest of the men starts to crumble. The camera work and pervasive fog make the soldiers difficult to indentify from each other at first but they quickly take on separate roles as the situation becomes dire. They become defined by who disobeys orders, who is overwhelmed by nerves or which one succumbs to madness. The tension builds to a roiling mass as they blame the woman as a witch, each other and attempt to survive.

While “The Squad” may not be the most original military thriller to come along it isn’t trying to reinvent the wheel. Instead it succeeds where it needs to and it’s the small success that sets it apart from the big budget, jump-scare remake fest that horror fans have been subjected to. Hollywood doesn’t seem to realize that the best horror movies, the ones the fans are looking for, have a far lesser need to scare than to actually reach the audience the way this one can.

The Squad is now available on bluray per Shout Factory 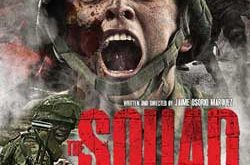