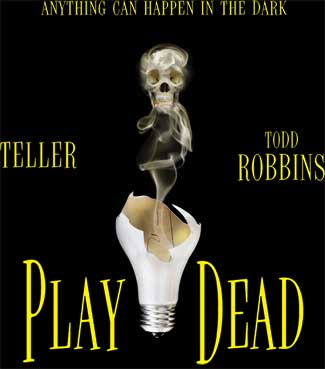 Teller, the smaller, quieter half of Penn & Teller, will have the world premiere of his performance film of PLAY DEAD, the Off-Broadway horror hit starring Todd Robbins, on Friday, July 27th at Montreal’s 2012 Fantasia International Festival. Teller and Robbins will both attend.

This feature film includes the “fiendishly frightening” (New York Post) blackout segments shot in infrared, to allow filmgoers to glimpse some of the magical secrets the live audience never got to see.

This “funny, furious, and wholly enthralling” (Wall Street Journal) theatrical experience was created by Todd Robbins and Teller, and has been artfully captured by New York filmmaker Shade Rupe (T IS FOR TRICK), edited by Emery Emery (THE ARISTOCRATS, GREEN ROOM), and with music by Emmy nominee Gary Stockdale (THE ARISTOCRATS, PENN & TELLER’S BULLSHIT!)

Rocker Marilyn Manson says, “‘PLAY DEAD reminds me of my early years as a spiritual terrorist.” Director John Landis calls it “spooky, scary fun.” Mick Garris, creator of MASTERS OF HORROR, comments, “PLAY DEAD takes you off of Coney Island and into a darkened theater, a spook show filled with fear and glee, red blood on a white suit, and the exhilaration of being terrified at the hands of a master storyteller.”

Teller has been one half of Las Vegas magic team Penn & Teller since 1975. He is an Emmy, Obie and Writer’s Guild award winner. He penned an episode of HBO’s TALES FROM THE CRYPT, directed a gory, magical version of MACBETH for the Folger Theater in Washington, D.C., and is serving as consultant for the Broadway- bound stage version of THE EXORCIST. His short film & TELLER claimed Dimension Films’ short movie-making prize and landed on the domestic DVD release of George Romero’s DIARY OF THE DEAD. 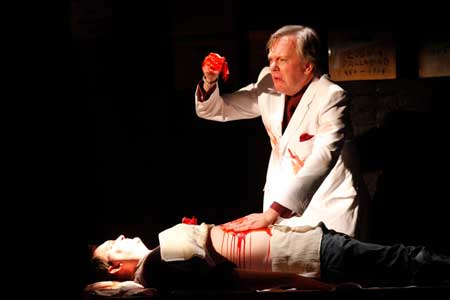 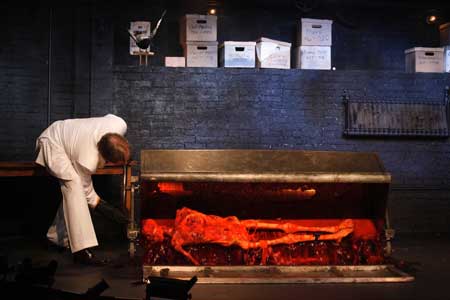