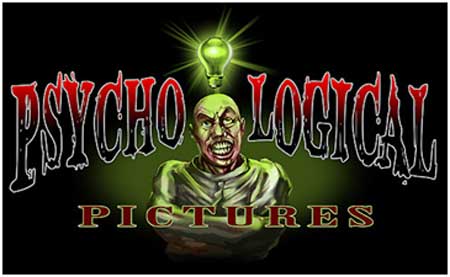 42-year-old independent horror filmmaker Marc Selz (Short Cut Road, The Rockville Slayer, and Satanic Panic) has taken a few years off to re-group after completing three feature horror films in the past ten years. At the time, his production company, Marc Selz Production, LLC, had distribution on all three films simultaneously — something to celebrate.

Selz recently launched his new company Psycho Logical Pictures, LLC, a play on the splitting of the word “psychological” and fitting for a company that will mainly focus on high concept horror/thriller films. The name is also telling us that some indie horror filmmakers, like him, question themselves at times if they’re crazy to continue making more films in this tough business, however it is logical for them no matter what obstacles they’re faced with, to push themselves further to grow and master their craft.

Under this new agnomen Selz is working on several new projects: He is ready to shoot a new short film titled “DEAD SPOT” A psychological thriller in vein of the classic TV shows The Twilight Zone and Tales From The Darkside.

“A man on a road trip finds himself stuck on a deserted wooded path when his car suddenly dies. All of his electronic devices including his cell phone have gone dead too. With nobody in sight, he decides to trek out and seek help only to find that he’s not the only one in the area who’s been stranded. Something evil is in the vicinity trapping and stalking people one by one. Will anyone get out of the DEAD SPOT alive??”

Psycho Logical Pictures just purchased new gear including the Scarlett X RED Camera package which will be used to shoot all of their pictures on a higher production level. Marc’s looking to branch off and work with other independent horror filmmakers that have the talent and drive or can help out in different areas and join the Psycho Logical team. Selz is also in the process of co-writing a horror screenplay with an established writer/director in the industry. They are working with another well-known person in the horror business who’s taking the role as a producer on this project. Marc’s keeping his fingers crossed with this one. He felt this particular project was too large to take on with the new company and needed to be done on a much bigger studio scale.

A new company website will be up and running soon at www.psychologicalpictures.com

If you are interested in contacting Marc Selz or finding out more about him or his past films you can also Yahoo or Google him for his information.