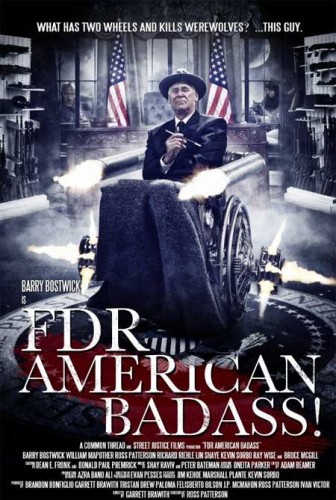 While chin wagging and carousing in a remote Americana forest on a hunting trip Franklin Roosevelt is attacked and bitten by a werewolf. Surviving the horrific ordeal FDR is afflicted with paralyzing polio. Confined to a wheelchair he over comes the odds getting elected into the oval office defeating all adversaries and non-believers in his relentless path.

FDR is one of those rare gems that to fully appreciate its best advised to check all expectations and inhibitions at the door. Perhaps a couple of c**ktails or medicinals may not be a bad choice either. Hysterically humorous, mindlessly crude, low brow and inevitably offensive, American Bad Ass is guaranteed to not only tickle but taunt and shatter audiences’ proverbial funny bones. 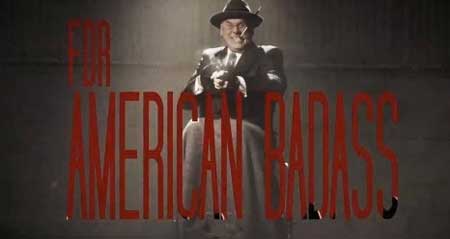 The modern street talk mashed in with a very dated conservative time frame is good for a few chuckles if nothing else. 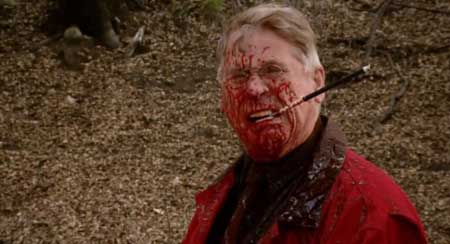 It’s fascinating to see not only Kevin Sorbo cast in the role of the late Abraham Lincoln (yes you read correctly, old Abe pays a visit to Roosevelt from beyond the grave) but fans will be intrigued to see Sorbo is credited as one of the film’s producers. You may recall Sorbo as the heart throb who swooned women and was the envy of countless men’s eyes in the television series Hercules. Then again the show was often very tongue in cheek in nature so perhaps this role really isn’t that far of a stretch.

Barry Bostwick plays FDR and once you get into the first few scenes of the movie one cannot deny he was likely in mind to play the former president while the script was being written. He’s tailor made for the part. Of course viewers may also recall Bostwick as the clueless, half-witted mayor of New York City in the television series Spin City. As FDR he steals the show and it’s evident each of the cast likely had a lot of fun with this production. I’d love to see a gag or out takes reel knowing full well the cast must have struggled with keeping a straight face while delivering scandalous dialogue and side splitting action. 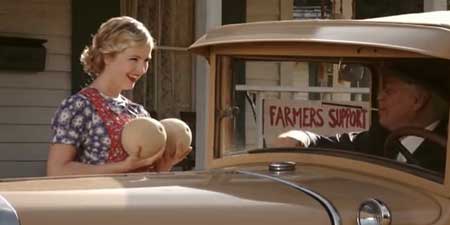 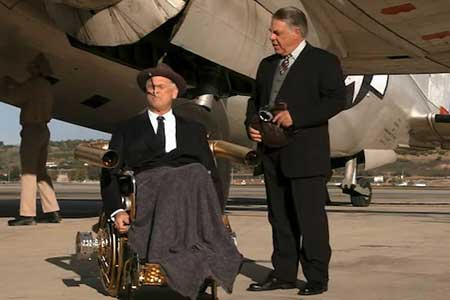 The slap stick and satirical humor is cut from the same cloth as Airplane, The Scary Movie franchise or if you prefer another comedy along the same period piece style Johnny Dangerously. It’s absurdity at its finest and the makers, actors and therefore the audience doesn’t take the whole endeavor all that seriously.

The offensive content is unquestionably very low brow and will no doubt rattle the cages of some. Some history buffs or political scholars or aficionados will get their proverbial feathers ruffled but one has to question if this is not executed entirely with this intent. There is a potential cluster-splunk of muddling up genuine American history yet few that are attracted to a production of this nature will really protest the inconsistencies. 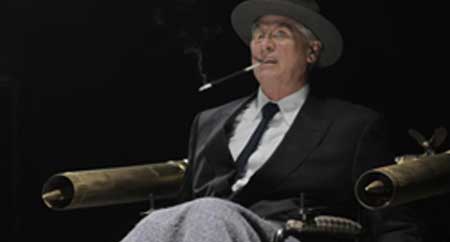 The special effects may be a little on the silly side, maintaining the same tone of the production. The werewolves from Japan, Italy and Germany look more like the characters from the Planet of The Apes series, the sixties mini-series not to be confused with the contemporary CGI extravaganza on the big screen. There’s not much in terms of makeup and gore yet it deters little from this loosely configured plot that is more of a preposterous comedy sketch from scene to scene rather than a bona fide story line.

The abundance of sophomoric humor, penis jokes, etc is not the most sound choice for some demographics or the greatest selection for a first date movie. FDR American Bad Ass is simply one silly laugh after another a viable escape from the mundane or whatever daily strife or woes may weigh you down. After all isn’t that what a good comedy horror themed film is all about?