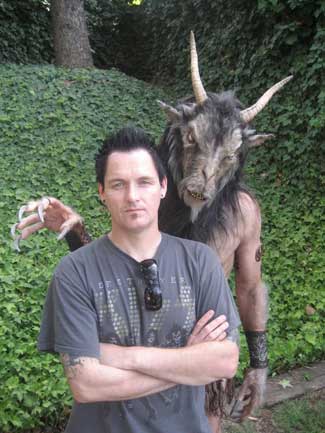 Sean Clark is the writer/producer of the upcoming movie, The Black Waters of Echo’s Pond. This movie is about a group of friends on a weekend getaway who discover an ancient board game that takes over their lives with deadly consequences. It won the audience choice award when it premiered in an Orlando horror convention. The original story by Gabriel Bologna fell into Sean Clark’s hands and the rest is history

TK: Lets start with how all this came about. Tell me how it all began.

SEAN CLARK: I was given the script just to read and give my opinion on. I thought it needed a lot of work but the idea at the core of it was very interesting.

The next day they called me and said would you be willing to meet with the writer/director and tell him what you think. I thought, Oh, no because most writer/directors are married to their script. However I was pleasantly surprised when I met with Gabe. He listened to all of my criticisms and suggestions and then offered me the rewrite job. After I did the rewrite I was worried that the he would say, “my script isn’t here anymore, what have you done, how dare you”. But he read it and loved it. They had some investors interested originally but when they read my version they were sold and it got a green light.

It was really bizarre because I have been trying to break into this business for years and things would get started but then would later fall apart. I am very grateful for this experience. I was spoiled as a writer on this film because Gabe said I want you sitting next to me the whole time, I want your opinion. Since you are such a horror aficionado, It is usually the opposite when you make a film because when they buy a script the producers and director usually don’t want to hear from you again. Most of the time writers are not even allowed on the set. There is a great disrespect for writers in Hollywood.

I brought in the effects team and most of the actors. They were friends of mine. I went to Paramount and sat in on the casting of the other roles with Gabe. I was completely involved in every process of this movie and at the end of the day I ended up re-cutting the film with the editor. I even got to direct a few scenes. Don’t get me wrong this is Gabe’s film but I’ve been in there every step of the way.

It was all so surreal having Robert Patrick come up and ask me about his character. I would get butterflies in my stomach sometimes, watching these big name actors say my lines. I have done some things before, like the Halloween 25 Years of Terror documentary, and was involved in other projects but this was my first feature film. This is the first time I was really a “creator”. It was an amazing experience! To be on set at 8am I had to leave my house at 5:30 am. I was probably getting 3-4 hours of sleep a night but I didn’t care. I was excited to go to work every day. 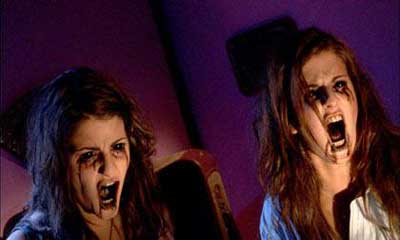 TK: What were your signatures in the film?

SEAN CLARK: The origin of the game and the Greek mythology was all Gabe’s. My signature on the film was the scares, the kills, the dialogue and the ending. I was just interested in making what he already had as good as it could possibly be.

TK: What did you take away from this experience?

SEAN CLARK: Tons. I was watching and absorbing every bit of information that I could. Preparation was something I learned to be very important. Sometimes the lack of preparation stalled things. This experience also made me a better writer because when you actually have to figure out how to film it, it makes you think wow, I really should have thought this through a bit more. I think having this experience has changed me as a writer as well, and now I can write more screen specific. As a writer you really don’t think of budget, you just go for it and let your imagination fly. You need to realize what is financially doable and what isn’t, because those things can kill your project. Also I learned a lot from watching Gabe work hard to try and keep everybody happy. Being a director is a tough job! Everyone looks to you for all of the answers and you have to constantly please everyone
.
TK: What do you think makes a good horror movie?

SEAN CLARK: I find many horror movies nowadays a bit insulting. They just throw in a bunch of pretty 20 something’s and set them up for the slaughter, they have no character development, you don’t care about them, there is no back-story, it’s just like lets kill ‘em off and make a movie. Give me something to challenge me or make me think. Give me something that my friends and I can sit around later and talk about. I don’t think that there was anything more satisfying to me than when the audience members came up to me after our screenings and asked questions. It made them think and that was what I wanted to achieve. I love movies where you are never quite sure what is real and not real. I personally want to be challenged. 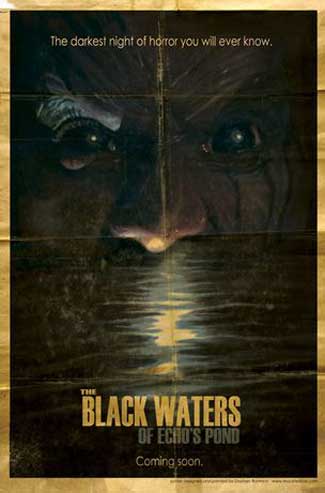 TK: What made you interested in horror, how did it all begin?

SEAN CLARK: I don’t remember what hooked me. I just remember always loving Halloween and horror movies. I had young parents who took me to horror movies at a very young age. I saw the Exorcist and the Texas Chainsaw Massacre when I was 4.
I remember how frightened I was after seeing Alien when I was about 8 years old, I had a stomach ache and was panicked staring at my stomach thinking that the alien was going to rip out of it. I also freaked out when I saw Trilogy of Terror for the first time. The Zuni Fetish doll scared the crap out of me. I was screaming for them to turn it off. I had a KISS Gene Simmons doll and it reminded me of that doll so I took it to the kitchen and stuck it in a cupboard. I was so afraid of it my mom eventually threw it out. I eventually got another one since I’m a big time vintage KISS collector. Funny thing is I now surround myself with the things that used to frighten me. I own a replica of that Trilogy of Terror doll now. I started going to horror conventions in 1988, and started making friends with actors and writers. I became friends with people like Clive Barker when I was 21 years old. I don’t get star struck.

TK: Tell us about your background, how did you get started in the horror industry?

SEAN CLARK: I started a company called Horrorshirts.com. I started looking around on the web at poplar horror sites for advertising and I found Creature Corner. I offered to make their t-shirts in exchange for free advertising. They liked the idea, and moved forward. Johnny Butane ran the site, he and I used to talk about horror on the phone all the time and became good friends. One day out of the blue he called me because they had a press junket and their L.A Guy quit and they asked me if I would be interested in doing it. I was a horror fan I knew what kind of questions to ask. I had a recorder and I sat in on interviews. Then it went from transcribing an interview to writing a film reviews and so on. Once they realized that I could actually write and was reliable they offered me the position.

I went from writing for Creature Corner to the Horror Channel, Dread Central and then Bloody Disgusting, as a journalist. I stopped doing the journalism thing about two years ago, when I started making this film. It was becoming a bit of a conflict of interest. I still write Horror’s Hallowed Grounds, an article for Horror Hound Magazine and a larger version of it is put online for Bloody Disgusting. I don’t attribute any one thing to any potential success I may have in this business. I feel that all the above played a part in getting me where I am. It blows my mind because I was a guy who used to stand in line at conventions to get autographs and now I am on the other side of the table. I am just so grateful. Look at the credits at the end of the movie, I thank Dread Central, Bloody Disgusting, all those guys. Everybody who had a hand in helping me get to this level. 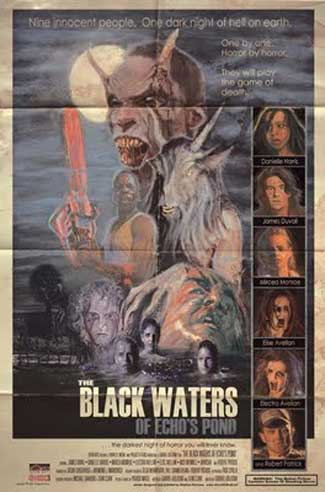 TK: If you had your choice, would you rather direct/produce a big studio film or small?

SEAN CLARK: There is a lot of freedom in small productions that you don’t usually get in the big ones. I could never in good conscience make a 100 million dollar film. It seems like such a waste. I’ve never even thought about writing something that could be that expensive. A hundred million dollars? Let me make 10-20 really good films for that much. But, you never say never, look at Sam Raimi and Peter Jackson, they came from making super ultra low budget splatter films to making massive big budget productions.

TK: What new projects are you looking at right now?

SEAN CLARK: I have a couple of things going on right now. I have a script that I wrote about a haunted house that I am focusing on, rewriting it for a different location and making some changes. There are a few other projects that have been brought up to me and one is pretty exciting. I’ve got a few T.V. projects I’m am pitching. I don’t think I’ve ever been as buried as I am right now and I’m not complaining.
We have been tossing around the idea of a possible sequel to Black Waters. I would love to direct that. It would be the best way for me to get my feet wet as a director working with a familiar cast & crew. However I am open to what ever challenges face me first.
I have had my hands full with this film. It is out of my hands at this point and in other people’s hands now. I am still doing everything I can, to promote the movie. We Are doing Horror Hound Weekend Nov 20-22 in Cincinnati, Ohio. Me and several cast members will be there promoting it, giving away shirts and posters and stuff, but the rest is kind of out of my hands at this point.

SEAN CLARK: Just waiting to hear exactly what is going to happen with the film. There is talk of a limited theatrical release so I am just waiting to find out. The most important thing right now is for me to keep working and making movies. That is the plan.