The three companies have previously collaborated on ‘Night of the Living Dead: Resurrection’, which will be released later this year by Grindstone Entertainment Group & Lionsgate Home Entertainment in North America and 4Digital Media in the UK, as well as ‘Silent Night, Bloody Night: The Homecoming’ which is currently in post-production.

THE AMITYVILLE ASYLUM will be written, produced and directed by North Bank Entertainment’s Andrew Jones with Robert Graham of Independent Moving Pictures and James Plumb of Mad Science Films as executive producers.

Lisa Templeton begins a new job as a cleaner at High Hopes Hospital, a mental institution in Amityville, Long Island. Initially delighted to get the job, Lisa soon realises that all is not as it seems. Intimidated by staff and the psychotic ramblings of the patients, she is further unnerved by apparent supernatural occurrences on the night shift. To preserve her sanity Lisa must uncover the mysterious history of the institution and it’s inmates. But the truth is far more terrifying than she could ever imagine.

Writer, Producer and Director Andrew Jones: “I am delighted to be teaming up again with Independent Moving Pictures and Mad Science Films for THE AMITYVILLE ASYLUM, and particularly excited to be directing this project. We intend to utilise that creepy staple of the horror genre, the insane asylum, to combine supernatural scares with real life horror and take audiences on an unrelenting, terrifying ride”. “Principal photography on THE AMITYVILLE ASYLUM begins January 9th 2013, 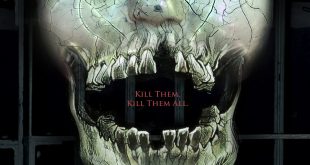