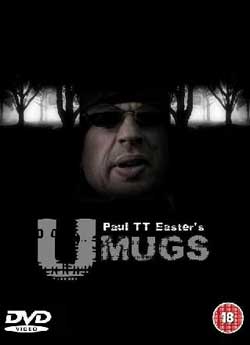 A low budget filmmaker is shooting a documentary about his early comic mishaps in film, making and pointing out some of the pitfalls of British film-making. When he is asked to film a rave being held in a well known haunted Suffolk wood, things take a far more serious turn for all involved. The film maker who shows the viewers behind the scenes to movie stunts and leads the viewers down a path of a like-able comic film maker doing crazy stunts. When the film maker then is asked to film a rave which turns the film upside down. When the film maker is tricked deep into Suffolk woodland with horrific results. When the film maker is recording a interview for a documentary in a open frank and honest way about the pitfalls and red-tape that surround British film making with some tongue in cheek dark humor. When the film maker is asked to film a Rave which is being held on the edge of a well known haunted piece of woodland just off the Suffolk coastline. The last party held there ended with a unexplained death no one has been back for over two years until tonight. The film takes a dramatic turn and goes into full blow horror mode as party goers find themselfs in a horrific night of terror trapped in the middle of a seemingly never ending forest.This is all caught on camera the film makes Blair Witch and Paranormal Activity look like Ghostbusters Soundtrack by Kit Rumble. Jackass meets Blair Witch Project.

Over the Memorial Day weekend I finally broke down, went to a big box store and bought a camcorder. A pretty decent one at that. We took it on a hike and then when we went to the zoo and boy is it great. It’s really cool to come back from an outing and be able to see it on the television. And simply doing things like that teaches you about what might be cool to film and what is just plain boring. What you would feel comfortable showing to family and friends and what you can’t wait to delete off of the memory card. 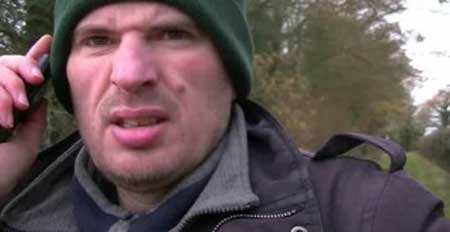 U Mugs is a movie that can best be described as one man with a camcorder, who while shooting a documentary bemoans the many problems and pitfalls of the British Film Industry. After all, who in the world can shoot a decent movie if everyone and their mother either demands some type of money or threatens to sue?

At the heart, this is what the film is about. We even get this line from the movie about twenty minutes in: “Right, I’d thought by now that some of you guys have probably realized that this whole film is basically me sticking my middle finger up at the UK film industry, and all those pretentious gits that are involved in it…this is one of the most ruthless, backstabbing industries I’ve ever been involved with.” A little bit later we hear, “low budget films and no budget feature films don’t go hand and hand with friendship.” Need I say more? 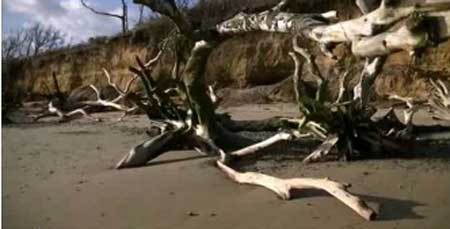 But what exactly is in play here? Is the film really a clever ploy to show just how crappy films are going to be if money continues to be the endgame? Is it one man’s rallying cry for change? Or could it be just a boring, no real plot or reason to it kind of film? All of the above or none of the above?

I will say this. It is tedious to sit through. No joke, there is an eight minute segment near the beginning of the film where you basically sit and watch as the camera walks you through the woods. That’s it. Camera moving shakily over branches, through piles of leaves, with the occasional sound of wind howling into the microphone on the camcorder. Not exactly fun.

Then there are moments where we get to see a guy drive an old car through a muddy, backwoods area for the sole purpose of adding some stunts to the film. He spins the car in circles and literally drives it through an old trailer home a couple of times. This isn’t thrilling, either.

Honestly, one of the main stars in the picture is a German Shepherd named Chuck. And he’s hardly in it! Towards the end you do get a “horror” scene that is extremely cliché but as mentioned above, that’s probably the point. Which is what again?

Oh yeah, good luck trying to get a low to no budget film made these days. I’ll be honest, I’m not sure if this was the best way to get a point across. I’m not going to pretend that financing and making a film is easy. Sure, anyone with a camcorder can make a film and throw it out there for the world to see, but it will show in the quality.

In the end, if you truly have the talent as a director, screenwriter and producer, it won’t matter what budget you are working with, you’ll have a good chance at succeeding. There are some good examples of this throughout cinema but one of the more recent ones would be Paranormal Activity. A truly frightening film shot for almost nothing.

Overall, I can’t say I would recommend seeing U Mugs. There are better ways to spend an hour and sixteen minutes finding out about the many obstacles that await you as you set out to make a low budget film. 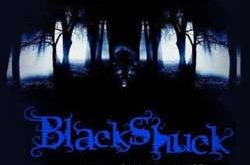