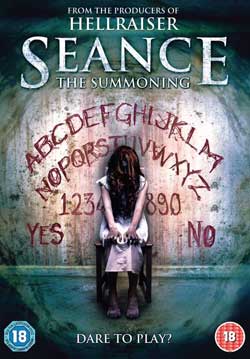 When wanna-be punk singer Joey (Bobby Campo) and Eva (Nazneen Contractor) have a bet to validate if spirits beyond are a thing of fact or fiction they set out to video document a séance held within the local city morgue. Together with Marcus (Chris Olivero) the mortuary’s security guard and Christian friend Sara (Devon Ogden), the teens soon get far more than what they’d bargained for opening a porthole for pure evil to lurk and wreak utter havoc.

Séance works on so many levels the audience is forgiving of the minor short comings presented throughout the film. Arguably any film written on the basis of the after-life and forces of evil presents a most thought provoking, hair raising experience for even the most cynical of critics. The picture is shot in HD glory making the viewing experience esthetically pleasing even throughout the most disturbing of content. Clear, crisp and vibrant cinematography brings our unusual characters to a plateau of larger than life. For the post-pubescent/adolescent viewer ultra charged with coursing testosterone both Eva (Contractor) and Sara (Ogden) are extra easy on the eyes. While Eva is kind of a poor man’s Rosario Dawson, Sara reminds me of a hybrid of adult film star Kagney Linn Karter and Naomi Watts. The cast is half descent and reasonably unknown which always seems to work best with a production such as this. Truth is the actors and actresses can actually perform, delivering memorable dialogue and a myriad of emotion. 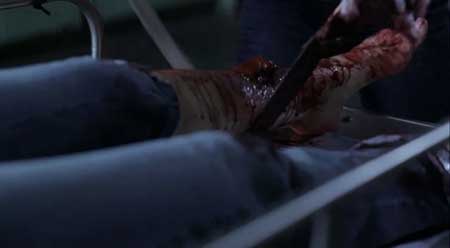 Naturally there is some cheese factor involved which seems to be as synomonous with low budget horror as comedy and laughter but by the grace of Lucifer it’s not overkill and the plot moves along at a captivating pace. Rising tension is effective as Joey pulls out all the stops to try and discredit his girlfriend Eva’s esoteric abilities in channeling spirits from beyond. 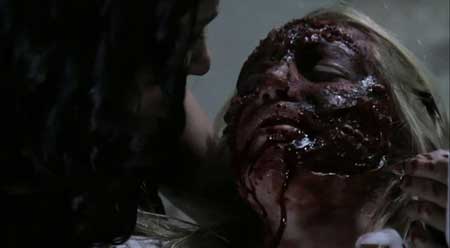 The setting chosen in a quiet, distant morgue works well in conjuring up suspense and sheer terror. The use of light and shadow depict a most eerie mood that clearly demonstrates that often less is more in stylistic shooting such as this. I particularly admired the set design of the mortuary’s grieving parlor like room where the actual summoning ritual takes place. Post Victorian era décor of the furniture, draperies and carpeting create a regal if not dark and foreboding atmosphere. It’s refreshing to see a director aware that you don’t necessarily have to have buckets of blood and gore in order to get the point across. The use of subtlety keeps the audience engaged, involved and in angst of the next heart racing scene. 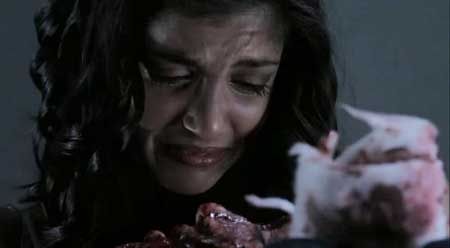 What seemed a little out of context was perhaps poor delivery or directing in having a born again Christian attend the festivities for lack of better expression, ‘just for the hell of it.’ The invitation is a fore-shadow of things to come yet we as the audience cannot help but be offended by the overt, in your face illustration of a steadfast good versus evil tale. Without God there cannot be Satan and vice versa, we’ve all heard this one since the dawn of time. Seeing as how the director executed such style and nuance in other manners it’s borderline frustrating how this is so convoluted and predictable. Although Sara’s presence is relevant we begin to sense the film is a recruitment video for the Church of Jesus Christ Latter day saints rather than a good old fashion scream flick. The scenes where Eva and Sara return repeatedly in attempt to exorcise the demon within their friend Joey begin to feel more like vignettes for bible camp advertising rather than a polished Satanic themed film. Perhaps director Wright would’ve been best advised to take notes from one William Peter Blatty or even Eli Roth on these scenes. 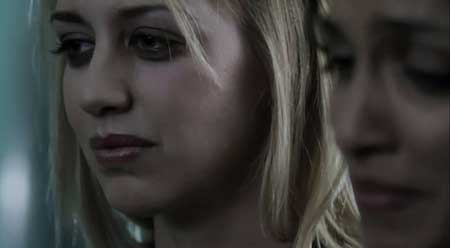 Easily the redeeming qualities were Joey’s (Campo) performance while possessed, restrained to an embalming chair. As he writhes around, twisting and contorting we cannot help but look away and peer back again through parted fingers, genuinely disturbed by his venomous rapport. 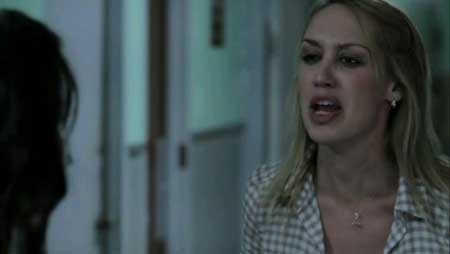 The sound effects contribute to an eerie, creepy feel as simultaneous voices and shrieks are unleashed making the viewer’s skin crawl. For the most part Séance was a worth while experience. What really threw me off was the final climax and how absurd it’s presentation wreaked out of place. The finale was so misshapen I couldn’t help but hope there is a DVD copy lurking out there somewhere with alternate endings. I won’t spoil it for the scream aficionado but would love to debate it’s relevance with other horror fans.

Seance The Summoning is now available on DVD per Lionsgate Entertainment 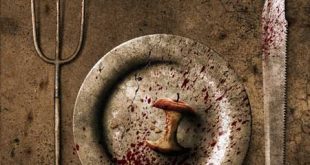 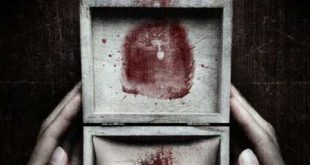