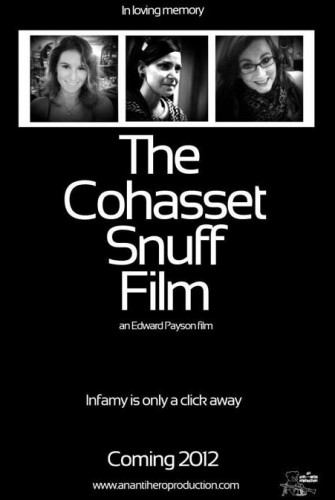 What inspired you to make The Cohassett Snuff Film?

It was a story that had not been told. What happens when you bully someone their whole life? The film dissects how a young, brilliant child can become a monster over night to extreme neglect and bullying. The film shows just how evil a human being can be when pushed to their limits.

Could you tell us a brief description of what The Cohassett Snuff Film is
about?

The Cohasset Snuff film is a film based around found footage by Cohasset Massachusetts high school Serial Killer Collin Mason. We have interviews with the people involved and experts who give their opinions on the tragedy in Cohasset where Collin Mason murdered three young teens by way of Strangulation.

Where was this movie filmed?

The movie was filmed in Cohasset Massachusetts.

How long did it take to make this movie?

After gathering all the footage, we have been in Post production for almost a year. Gene Shaw is an amazing editor and graphic design artist. He is making sure everything as far as graphics in the film are custom and tip-top quality.

What was the most difficult part of getting this film made?

There was no real dilemma in getting the film made. It is getting it seen that is the hard part. School murders are a taboo subject, and put the word Snuff in your title and you have something that most distributors won’t touch because they are afraid of the backlash. To me these are the films people should be making, things that push the boundaries and make people think, at the same time scaring the hell out of them.

What was your proudest moment while making this film?

My proudest moment was getting contacted by the Cohasset school district who were up in arms about the film. I knew then we had made it!

Do you have a personal favorite scene?

Everything shot in Hyaena Gallery was gold. Bill Shafer is a serial killer expert and collector. His vast knowledge was in the macabre was fascinating. He also had some amazing one-of-a-kind true crime artwork.

Do you have any interesting or cool behind the scenes moments that you can
share?

While waiting to shoot at Hyaena, Bill showed us human skin with artwork on it that had been preserved in jars. One of the coolest things I had ever seen.

What are people most likely to say after watching The Cohassett Snuff Film?

I want to kill Edward Payson…No… I would hope they say hmm. maybe i should check out more of this kid’s films.

Where can people see The Cohassett Snuff Film?

The film will have a theatrical premiere in Hollywood CA on Halloween at select theaters. We are still working on distribution but are looking for a DVD release shortly after. 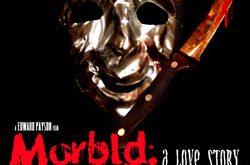