Home | ‘Mr.Hush’ has something to say about Horizon Acquisition

‘Mr.Hush’ has something to say about Horizon Acquisition 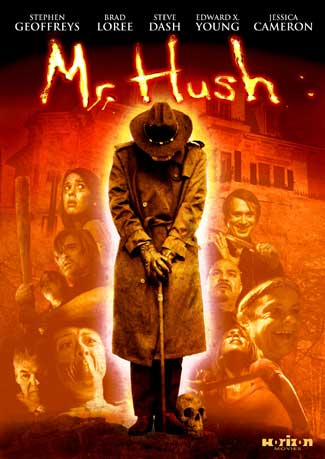 NEW YORK, NY – MAY 15, 2012 – Kino Lorber’s Horizon Movies label is proud to announce the acquisition of all North American rights to MR. HUSH, a new horror film that celebrates the classic style of the horror movies of the 1970’s and 1980’s.

The film premiered at Anthology Film Archives in 2011 and continued its limited theatrical release at the Laemmle Sunset 5 in West Hollywood, The Hollywood Theater in Pittsburgh, PA and most recently at the Majestic Cinemas in Matamoras, PA, among others. The film tells the story of Holland Price, a devoted husband and loving father, who, unbeknownst to him, becomes the target of evil and dark forces. An idyllic, small Pennsylvania town serves as the background for this epic battle between good and evil.

Inspired by the horror films he watched growing up, director David Lee Madison set out to create a new film with classic sensibilities, not only in terms of story and structure, but also going as far as casting some of the actors from the films of that era. MR. HUSH is scheduled to be released on Blu-ray, DVD and digitally on August 7, 2012.

“As a product of the 80s, I was exposed to some of the finest horror films ever made,” said writer, director and executive producer, David Lee Madison. “In addition, my older brother, Bob, who was like a father-figure to me, adored the classic Universal films. Every Halloween, these films would be shown on the local PBS station; it is one of my fondest childhood memories.”

Steve Dash, known to horror fans as the first actor to portray Jason Voorhees (as an adult) from Friday The 13th: Part 2 recalls, “David, the director called me and said that he was doing this film and would like to have some roles in the film filled with people from classic horror movies. I said send me the script, I’ll take a look at it, and I really liked it. The role of “Mac” that he had picked for me was great, so I decided to do the film.”

“I’m excited to be working with Kino Lorber’s recently launched Horizon Movies label. It’s certainly an honor to have my film
distributed by a company that has shown their dedication to the horror genre with their Redemption film line of classic horror films and to be in the company of filmmakers that include Mario Bava, Wes Craven, and Jean Rollin”, said writer and director David Lee Madison. 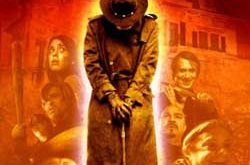 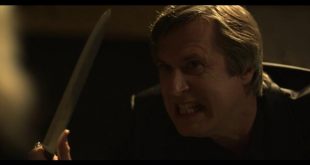