Directed by Pau Masó (Haunted Poland), “Who’s There?” was a project to test the Canon 7D. The movie was shot in 4 days in “La Garrotxa”, Catalonia, Spain. The audio was accomplished using foley with a Zoom H1. The actresses were dubbed at home by American actresses. Despite the 100$ budget, “Who’s There?” is an amazing short with its strengths on the technical side of production. The movie features amazing music by Canadian bands “Chasing Mercury” and “Steven Joseph”.

A prequel to “Who’s There?” will be released next year, as a feature film, entitled “The Untold Story of Christensen Jacobson”. 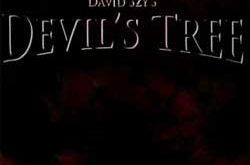