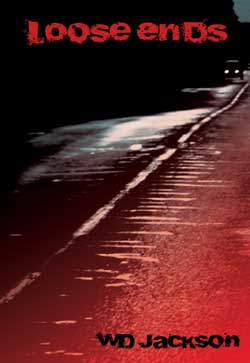 When perpetual under achiever Jake Harper purchases a computer for a new office job it appears as though life is finally turning around. Encountering his next obstacle, he grapples with assembling and installing the PC so landlady/best friend Anna intervenes giving him a crash course in computer use 101. Getting online seemed to be the mandate of the hour as she sets him up with an email account to be fully ready to surf the world wide web. Jake finds disturbing emails from a mysterious stalker giving them clues about their own personal lives one could not possibly know. The inbox invasion lures the two to a nearby shopping mall with promises of death and destruction.

Arriving they find a slain police officer in the parking garage and another unconscious with his uniform and identity stolen. While scouring the shopping mall for clues a homeless girl enters the fray on the run from a homicidal maniac. Anna learns her name is Sally and the two try to find help while in the confines of the consumer complex. Jake arrives on the scene. Together they find Mark, the officer who’d been attacked prior in the garage. Collectively they soon learn their in the midst of a harrowing cat and mouse game with the killer.

Once abducted the killer introduces himself as Sam and makes quick disposal of one Sally. He eludes to carnal intent of framing the murders on Jake and Anna and promise to reel Jake’s sister Beth into the carnage.

Meanwhile Beth narrowly escapes her own demise at the hands of another assailant and runs into Olivia, a domestic violence survivor on the run with her husband’s car and bank account. While searching for medical attention they encounter Max in an automobile accident. Max is their nickname for him as he seems to have developed amnesia.

While on the move Sam engages in parody like dialogue with Jake, Anna and Mark with ambiguous promises of making them pay. A sinister secret is yet to be divulged the very root of their abduction in the first place.

Beth, Olivia and newly named Max drive aimlessly around and one by one begin to unleash their very own skeletons in their respective closets. As Max’s memory slips back into place he recalls his brother Alex has ill intentions of settling the score with those who had ruined his life. It seems as though Sam was an alias after all.

Will Beth, Olivia and Max be able to find Alex before it is too late? Or will Alex under the guise of Sam be able to get the vengeance that has plagued his empty soul?

Billed as “My First Thriller” it is evident that Jackson is inexperienced and a little rough around the edges. His basis for plot is interesting. One can tell he’s passionate about moving the story along and an appropriate, gripping pace.

Riddled with spelling and grammatical errors, it truly is a shame the content was not reviewed in more tenacious fashion prior to submission. The execution is distracting on both a full awareness and subconscious level unto the reader. In an era when the attention span is depleting faster than the economy the reader becomes frustrated and wonders why they’re investing in a tale that has been submitted in an amateurish, mediocre presentation. Loose ends deserves better than this, as does the author and the readers. The foundation for a sound suspense tale is most definitely there. Tales of abduction and a secretive motive are the things any good compelling tale is made of. The interpersonal relationships between the characters are intriguing and highlighted through simultaneous subplots. It’s worth the price of admission alone to see how they are all ultimately interwoven together.

My primary concern is the exchange between the characters is quite frankly at times unrealistic. For example: To abductor: “Sam, where are we going?” Sam: “That would be telling wouldn’t it? Don’t you think?”

It’s flat, irritating and unrealistic. Personally if I’m to believe in an antagonist that strikes fear into the hearts of everyone he comes into contact with I’d like to see something a little more diabolical, a little more heinous, a little less wishy washy. The abductor occasionally shouts back to his victims concerned for their welfare. There is so much that could’ve been done with these actions. If only one could sense the inner turmoil or conflicted conscious Sam is experiencing. Instead we’re slapped about the face with his giddy indifference giving us the impression we’re on a field trip rather than a live hostage situation.

Jackson has a raw talent for what is often referred to as ‘showing’ not ‘telling.’ This is a very rare instance and frankly is the wet dream of any editor. The action is depicted in a play by play, commentary technique (at times with painstaking details) which involves the reader in the midst of the action and provides us with a clear comprehension on the events taking place. However one has to be cautious in engaging in too much of a good thing. While we’re provided with a crystal clear look at what’s going on sometimes the true suspense is in what we’re not seeing. Provide the reader with a little mystique, a little intrigue. Taking out the obvious and leaving more to the imagination with a little innuendo and subtleties will inevitably gain the respect of an audience and make the story that much more of a pulse thundering page turner.

His use of exposition is spot on and reveals tid-bits of the past effectively through news media, broadcasts and articles. I particularly admire this technique as it doesn’t become too removed from the anticipation of the fast moving action of the tale. WD Jackson most definitely shows promise as a well-crafted suspense writer. With a few tweaks, modifications and adjustments I’d be highly interested in reading future endeavors. 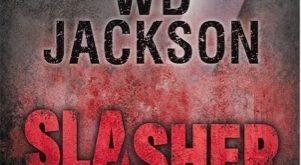