Home | New Thrills Promised with ‘Legend of the Chained Oak’

New Thrills Promised with ‘Legend of the Chained Oak’ 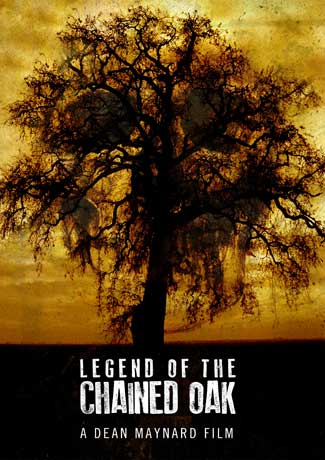 The official poster for the much anticipated 2013 horror flick, Legend of the Chained Oak has been released.

The story of the Chained Oak at Alton, in Staffordshire, is one of the country’s great legends. The Alton Towers attraction Hex -The Legend Of The Towers is based on it and now a Film is set to be made.

Reality TV guru & owner of Midas Talentpr, Mr Dean Midas Maynard, who has family in Staffordshire is behind the film, which he says will be more ‘Blair Witch than Saw’

Dean said “The audience can expect a lot of thrills and chills when it hits the cinema”.

He also said that Alton Towers had been very supportive, predicting that the film’s release would be of great benefit to the park and the local area.

“There will be people around the world who have never heard of Hex or the legend and as a result, they will come to visit the park.” Dean concluded.

In 1821, the Earl of Shrewsbury was returning to his home at Alton Towers when an elderly woman appeared in the road, forcing the carriage to stop.

She approached the Earl and asked for money.

The aristocrat laughed at her request, which prompted her to place a curse upon him. “For every branch of the old oak that falls, a member of your family will die,” the woman said.

That night a terrible storm hit and a branch fell from the tree. Later that night, one of the Earl’s family died.

In desperation, he ordered his guards to chain up the tree to prevent any more branches from falling.

Since that day loads of witnesses have seen things or had strange eerie feelings around or near to the tree.

“We visited the chained oak today and climbed the steps up to it! We all came back down the steps apart from my 7 year old daughter who flew down the bank and skidded into us with great force (as if she was pushed) she landed on her bottom! Later on, we discovered a large scratch under her arm almost as if somebody had grabbed her and caught her with their nails”

And another person who took some stones home, that were near the tree, very quickly took them back…
“We picked them up at Halloween. The amount of bad luck we had was just silly. It got to the point of ridiculous. A lot of people laughed at me when I said I would send them back. I will never visit that tree again. Call me me daft but you didn’t experience what I did. I’m a very logical person, but that I couldn’t explain.”

The film will shot around the Chained Oak Farm and at the nearby Alton, with the team aiming for a 2013 release

Tags Legend of the Chained Oak