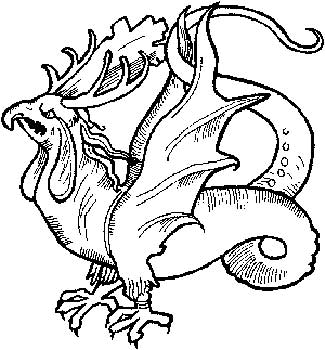 The Basilisk is one of the more obscure mythological creatures. This particular beast originates from European bestiaries and ancient legend. It’s contribution comes in the from of being noted as the king among serpents causing death with just a single piercing glance.

While it is a relatively small creature the size of “twelve finger lengths”, its venom is noted as being able to leave behind traces of poison as it crawls forward. Oddly enough it also tends to leave a rather noticeable trail with its venom causing rapid plant corrosion and scorched grassy trails. Making it easdy to track, but at sure peril.

It’s presence has appeared in various literary forms over the years described sometimes as cow-like causing massive death its wake. To date it has not been used in film to great extent but can ben seen in the film “Harry Potter and the Chamber of Secrets”. It has been noted as containing one of the most potent poisons in the wizard world with its only cure being that of the “tears of a phoenix”.

Strangely this beast is feared by spiders while fearing a rooster crow itself. Like the Medusa, it also appears to posses the dreaded death gaze, though in the creature’s case causes instant death rather than turning one to stone. The Basilisk has often been confused of misrepresented with the beats known as the c**katrice. This association does occur within the bible which is stated as: “”Do not rejoice, whole country of Philistia, because the rod that beat you has broken, since the serpent’s stock can still produce a basilisk, and the offspring of that will be a flying dragon”.

It’s name is associated with the Greek word “basileus” which means king. While it does appear here and there in various resources, it is best known for its appearance in ornamental details found in churches. 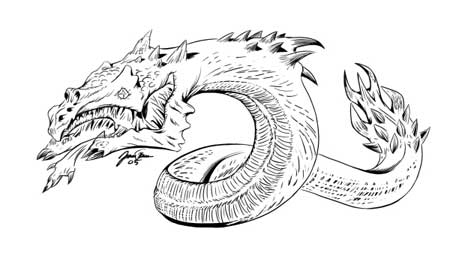 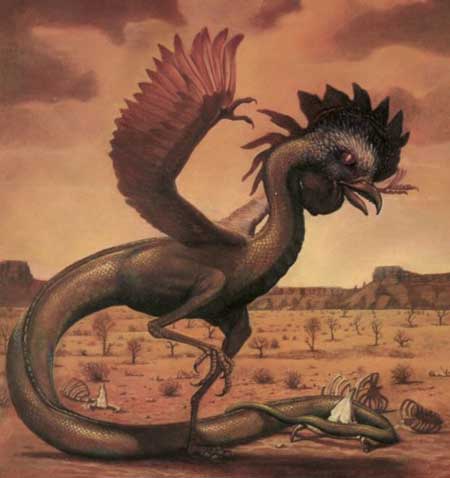 It’s more well known description is described as a snake tail, the head and legs of a chicken and the body of a bird. In color it is often seen possessing a yellow tone and a head featuring 3 spikes associated with the design of a crown. 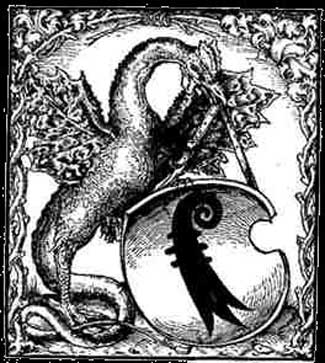 The Basilisk has like many received its fair share of lore over the years. In one case it was reported that upon being speared it caused infection thru the spear directly to the horse and spear holder himself. Some associations compare it more to the cobra originating from Egyptian times. 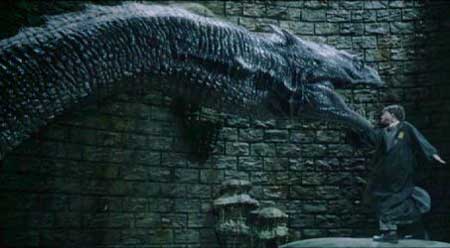 In short it has taken few different forms always injecting fear into its confronters. With its ties to the Renaissance era, the Basilisk is regarded as one powerful beast that embodies the evil nature of a devil making it a creature to avoid at all costs.

Note: Images used are copyright of the original artists and are merely used as reference points to illustrate this article 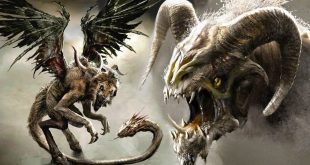