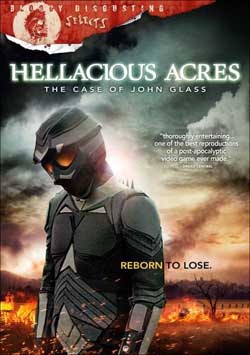 John Glass, wakes up in a desolated barn from a long cryogenic slumber, to be informed that not only the planet has been devastated by a third world war, but reduced to little habitability by a subsequent alien invasion. He also learns that in order to reestablish a livable atmosphere for what’s left of humanity, he’ll have to go on a solitary mission to retrieve important codes dispersed in remote locations. Soon enough, he’ll encounter more than he bargained for: aliens, crazy survivors, inadequate equipment, LOTS of walking and a pretty unhealthy dose of bad luck

Alot of questions filled my mind when I received this film. It increased as I sat thru the first 30 minutes of this odd future film that seemed to indulge in its VHS looking graininess (note: I’m guessing that was intentional to relate the perspective of “Glass” with his audience). This “look” never lets up, which in my mind really left an impression of “why” and for what reason? If it was the perspective, then what about the shots that weren’t?

John Glass awakes from some sort of hibernation chamber. The world has changed, and he finds himself permanently encased in a robotic space suit of sorts. The suit features a crude interface (the kind from the late 80’s) and comes equipped with all sort of life support enhancements. John discovers his mission per the suit programming and is on his way.

Now besides this new release that purposely looks like a decade old VHS copy, we open up on a blurred vision of John Glass which features a long monolog per recorded message about who and what happened. Though most of this is hard to hear over the noise while the DVD itself failed to include any subtitles. I’ve noticed that these BD releases are usually subtitle-less which is quite a shame. Many times the dialog is either somewhat foreign or hard to hear…so a set of readables would be nice in the future to get all the under-heard details. 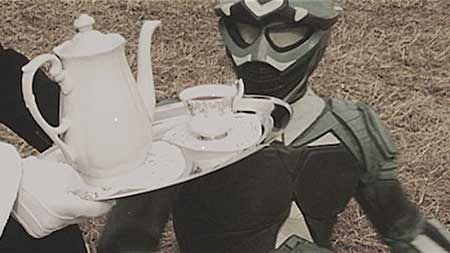 To set the record straight, this is no horror movie. It is slated as a comedy meets science fiction, which barely satisfies my need for either of those. The film is slow, slow moving, and doesn’t seem to really go anywhere. Because of this I was most curious in doing some research as to why this was launched to DVD and way its wearing the Bloody Disgusting branding? In research the film seems to originate from a video game influence. I’m not a gamer, but I’ll leave it at that.

It also is being toted as an “indie sensation”. Now I review alot of films, and I can tell you this is “no sensation”. It’s also one I personally wouldn’t want to wear my branding on…mainly because it simply doesn’t achieve anything. 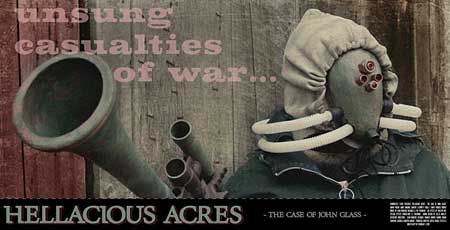 Some science fiction films are purposely slow and methodical. I get that. There is a certain sarcasm that rings through the film that engulfs John’s feelings of utter disgust with the state he’s in and the technology he’s tied to. This voyage of his has a comical tone accompanied by his lethargic walk thru the countryside. The setting looks like the backwoods of Ohio of which he simply goes from one dilapidated barn unto the next. Along the way he does run into a fellow solider like himself by the name of James Walker, but the interaction is brief. John Glass does also come across 1 or 2 leftover inhabitants who wear aquatic style helmets hanging on to whatever humanity is left. In addition we do meet the aliens which are essentially cheap CGI looking jellyfish. They float about turning folks into mush. They didn’t do much for my sense of adventure or interest. 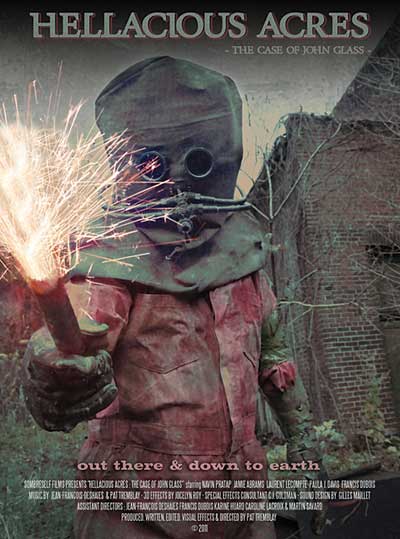 Now its fair to say that the whole film is really about John Glass walking from one local to the other in the “acres” of some country bumpkin real estate. Due to the loud guitar distortion score we miss alot of the dialog that is spouted out along the way. Again those subtitles would have helped a little here. I’ve seen a few sites who have given this one the kudos. For what reasons? I’m really not sure besides trying top grab a few box quotes. I did stay awake thru the whole thing…but it was painfully difficult. I can’t recommend this one to the masses as the would fill my comment section with “WTF” comments. In defense, the film does offer a sarcastically look at the apocalypse. It’s done so with cheap fx, cheap film cameras, and cheap surroundings..so tell me….does this sound like the kind of film for you?