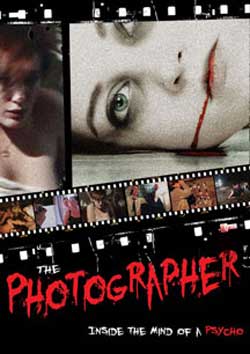 An ambitious young model, in a dead-end town, accepts an invitation for a glamor shoot from an unknown and eccentric photographer. As soon as she arrives at the secluded location, she realizes that something’s very wrong.

Well folks, I think I may have just found the perfect alternative to taking sleeping pills to sleep. If you’re having trouble sleeping, either night or day, try watching “The Photographer”. I want to know if you were so enthralled by the events that unfold within and that my dislike of the film is way off base. The movie is only one hour long and it took me forever to get through it. I had to rewind it three times just to make it to the end. I’m not even sure what the hell was going on half the time. I’m sure that there is some sort of audience out there that would enjoy it, but I can tell you that without a shadow of doubt, I am not that audience. Nor will I ever be. Chemical Burn seems to be churning out the films rather quickly so I won’t question their audience. They can enjoy them all they want. I just don’t think I can handle watching them. I’ll give them a little break, I did like their film “Cam Girl”, but really, how could you dislike a film where the lead is naked 90% of the runtime. With “The Photographer”, I just think I had to draw a line somewhere. I gave it a chance, just wasn’t for me. 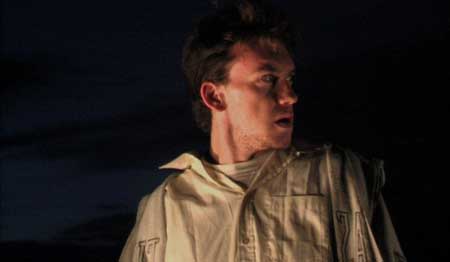 The film opens with a young model enjoying a pleasant photo shoot. Later on she ends up accepting an invitation to do a glamor shoot with a bizarre young photographer, who is doing his best Crispin Glover imitation, and his quiet female assistant. She does everything that she is asked before things start to grow strange. Her friends are waiting for her outside in their car. They seem to dose off but when they awake, they find themselves in a strange place and have no clue how they got there. The two girls are tied up in the middle of the road while the creepy photographer snaps away. We quickly learn that nothing is what it seems and the line between fantasy and reality becomes horribly blurred. 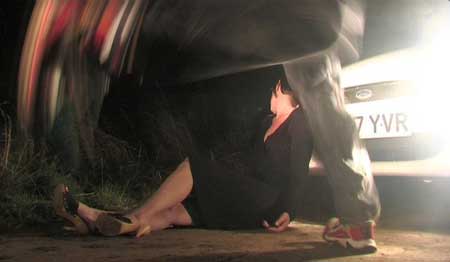 Because I fell asleep so much while watching it, I’m not even sure that I am giving the film a fair shake. I’m sure many of you can relate to the feeling you get when you just know that you don’t like something. It hits you right away and never lets up. The acting is amateurish and nothing really happens. In sixty minutes, nothing exciting rears its head to excite the pallet. There is a pinch of female nudity and the ladies are very easy on the eyes so I guess there is something to enjoy, if only for just a brief moment. 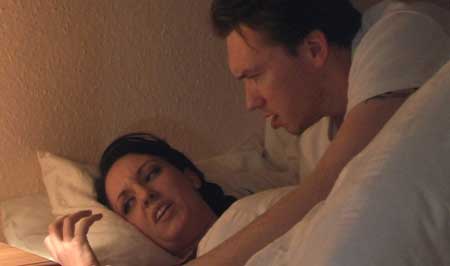 Scenes just go on and on when nothing is being said. The camera doesn’t move around much and people just walk back and forth, pour a drink, take a bath, etc. If you cut all the fluff out of these lame proceedings then I am guessing that this 60min movie would barely run over a half an hour. I have nothing against NO BUDGET films, I’m telling you flat out that this one just isn’t worth the time. Even if it only runs for an hour. 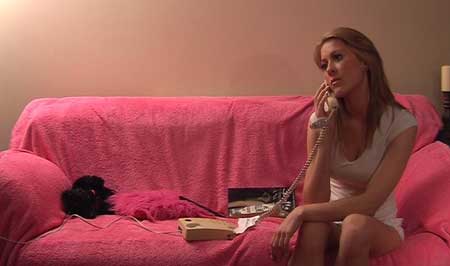 I really wish that I had more positive to say about “The Photographer”, I just don’t. It was a small film with a small crew that worked hard to do this. That I have to admire though I’m sorry to say that is the only praise I have. I’m sure that Chemical Burn’s devoted followers will really enjoy this outing. Maybe they just make film to please themselves which is fine too. For me, it was a complete waste of time. All I can conjure up is * (out of 5) for this mess. And the only reason I am giving it that is because I was able to see a bit of skin. Call me shallow but I was grasping for straws with this one. 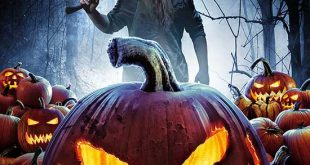