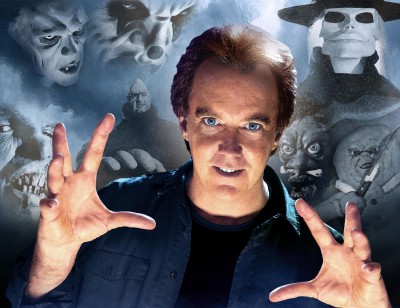 Mastering the ability to create intriguing sci-fi, and horror films is a complex task. It’s an untamed adventure through the mind. Full Moon Features has traveled this chariot of darkness for over 30 years. Haunting the screen, Full Moon grabs ideas from the nether regions.

Starting in 1976 as Empire Pictures, Charles and Richard Band have created over 200 films. Charles Band directs, produces, and writes. Richard, his Brother, has written countless scores for all genres. Closing Empire’s doors in the mid 80’s, and moving to the U.S. led the brothers into the wizard’s chambers again. The brothers changed the studio to Full Moon Productions. Band’s goal, create big budget style films. A producer removed the stress of big budget costs. The company teamed up with Paramount Pictures and Pioneer Home Entertainment. Their first release was Puppet Master, and it was a huge hit. In the early 90’s there are three more releases, and a company name change. Full Moon Paramount created Puppet Master 2.

In 1991, Full Moon introduces post movie documentaries called “Video Zone”. These film making commentaries were the finishing glazes on some Ginger-Dead. These follow ups where hosted by Executive Producer Charles Band. Band was trying to maintain a “comic book” style to Full Moon’s films. Full Moon’s line of characters spans the spectrum from the undead to warriors from distant lands. 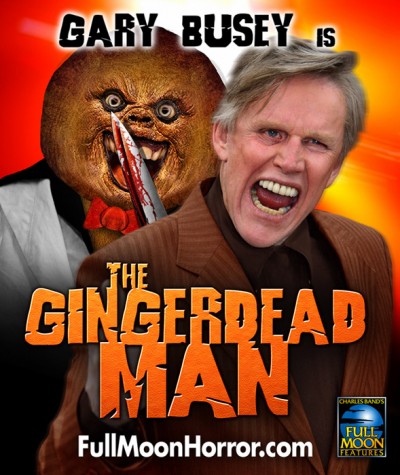 Sabreware: As I try to become a professional. I motif the idea science fiction and horror are the same. They both deal with the paranormal. Do you find this to be true?

CB: Ah..yeah, first of all. There are so many sub genres with both horror and sci fi. So many cross over. Even horror as a general label. Films within the horror genre are pretty variant, and go the different extremes. I think, there are classic horror films that border on science fiction. I’m not even sure what science fiction is any more, because both lines have been blurred.

When you think of the film The Exorcist, which is my favorite horror film, there’s some sci fi in there. It’s not just a ghost story. The lines are definitely blurred, and I think the themes crossover.

Sabreware: Which style do you prefer, horror or science fiction?

CB: Both equally, because when a movie is well made, and it really pulls you in, which is rare, it’s such a pleasure. When I get riveted to the screen, and forget everything else for two hours, that’s a rare movie. When you do that, whether it’s science fiction or horror, it’s just amazing. It’s not really the style, but the artistry of the film makers that creates something so compelling. Forgetting you’re in the theater or in front of the TV and just getting pulled into the story. 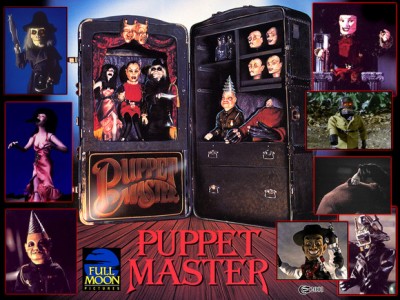 Sabreware: Your brother, Richard, and you have created amazing stories for 30 years. Did you attend the same college?

CB: No, neither of us went to any sort of college. Richard went to a music academy and I jumped right into movie making the second I was out of high school. I was very blessed. I apprenticed, my dad was a film maker. So, I got the best education ever. I, kind of, had on the job training. As I grew up I loved the craft of film making. I sort of married that with my love for science fiction and horror.

Sabreware: Can someone avoid college and still make it film?

CB: Absolutely, well it depends what you want to do in film. If you’re going to become a critic I think you need a pretty vast knowledge of movies and cinema. Nothing is more valuable than having the experience; depending on what you want to do. Working on the set, working with actors, working in the theater or assisting anyway possible. People ask me, “How do I get there, how do I do it?” Unfortunately, it’s an expensive art form, it’s not like buying a canvas and a brush.

Sabreware: You have an amazing portfolio turned into a killer line product. Do you plan on making other Full Moon characters or new characters for the shelves?

CB: Oh! Absolutely, that’s part of what I really enjoy, giving life to the creatures, puppets and dolls. I was and still am a big fan of Marvel Comics. I am hoping someday, to team up all the franchises I have created and have, I don’t know, a puppet-doll bash (laughter). Just because it is a lot of fun. Not every movie is right for this, but for the most part, especially, a lot of the pictures I’m producing now have their central characters, again, puppets, dolls or creatures that can all exist, at some time, in this full moon universe. 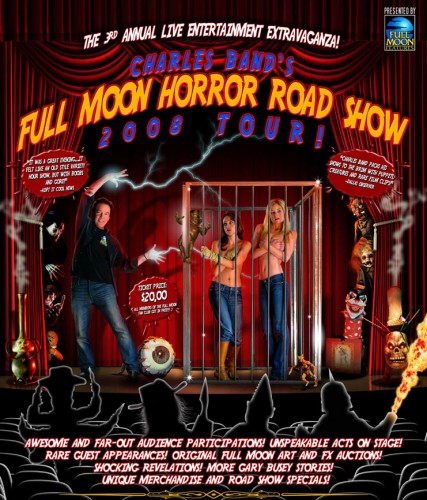 CB: Hey, good luck with everything. I am happy to be part of it.

Thanks again Charles, I can’t wait for the next installment and collectable from Full Moon.