First Look at ‘The Lone Ranger’

Hiyo Silver, Just sent over, a first look at yet another film that contains Johhny Depp in one of his character roles. I bet by the looks of this photo he’s thinking…why didnt I get to play the Ranger?

From producer Jerry Bruckheimer and director Gore Verbinski comes Disney/Bruckheimer Films’ THE LONE RANGER. Tonto (Johnny Depp), a spirit warrior on a personal quest, joins forces in a fight for justice with John Reid (Armie Hammer), a lawman who has become a masked avenger 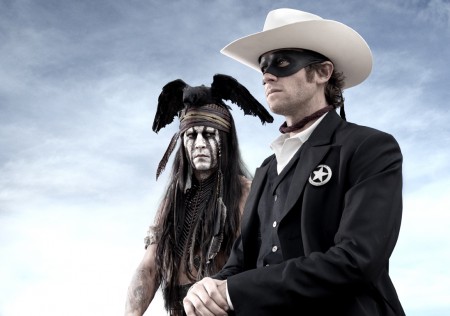