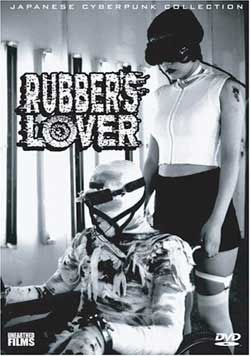 A powerful and secretive corporation is conducting underground psychic experiments utilizing Digital Direct Drive, otherwise known as DDD. While under the influence of the drug ether, the human subjects are outfitted in rubber suits and bombarded with DDD with extremely intense sound. Though the experiments are successful in unleashing psychic powers in the test subjects, the results are usually fatal. As a result, the corporation attempts to shut down the experiments against the wishes of Motomiya and Hitotsubashi who are in charge of the research. In a desperate attempt to salvage their work, the two researchers take over the lab and hold an innocent secretary hostage while they transform their fellow researcher into an ether addict and use him as the final human guinea pig for their experiments. The result has to be seen to be believed as his psychic powers are unleashed in a wave of ferocity that will leave you breathless.

A secret Corporation has been running tests on human subjects to determine the effects of sound and ether using what they call DDD (Digital Direct Drive). The problem is, the subjects tend to blow up if subjected to too much of it. Upon learning that there experiments are about to be shut down, researchers Motomiya and Hitotsubashi go off the deep-end by kidnapping the corporation secretary, and increasing there experimentation in hopes of proving there work. With there first subject unsuccessful due to blowing the test subjects brains out, they continue by enlisting another to delve even further. The intent is to increase psychic ability in humans. But how and why they came to the methods they are investigating is beyond me. I think a film like this is not intended to really stay on coherent course rather than to shock the viewers with stark violence, overacting and nightmarish segues. And let me re-iterate overacting is a big part of this!!

Rubber’s lover is a crazy cyberpunk film presented in stark black and white with heavy contrasts through out. With so many brutal scenes RL tends to take a diff tone as the absence of color leaves all the gory details as blackened fluids rather than blood spattering reds. Films of this style, often take a diff feel than the usual breed of Asian films relying more on horror in the scientific and robotic blend of stylistic insanity than the heavy drama induced torture scenes of other Asian genre products I’ve seen.

In keeping with the visual needs for this film, the director Shozin Fukui chose to intermix a variety of industrial imagery to help sell the look and feel. Often Fukui uses close ups of machinery, gears, wiring, and electronic parts to further drive home the industrial environment they are in. On the most part, this film is pretty incomprehensible. The human experiments are outfitted in strange rubber bondage suits and then injected with ether to get them on an accelerated addiction. This combined with the audio overloads is supposed to awaken psychic abilities, though these abilities also come with a price of madness and fatalities. The whole idea is pretty ludicrous and a stretch on scientific reasoning. I never did get the whole ether thing. If there’s some credibility to the idea of it …I’m really not sure. But I guess it doesn’t matter. The result is total on screen chaos.

The basic premise is of RL is the researchers obsession to keep experimenting with sound, audio torture and doses of ether. However, the acting is nothing less than insane. I mean really insane! Maybe the director had a need for this but with too much the idea wears thin on the viewer and leaves the balance of dynamics pretty uneven.

Often we are presented with constant mumbling nonsense, screaming, writhing around on the floor, folks yelling at each other and other extremes to the point of questioning what the motive really was supposed to be in this film? It’s definitely a horror show scifi kind of film that has reminiscent influences from films such as Tetsuo the iron man. Now one might wonder why shoot this in B&W, but my take was that it projected a colder more mechanical feel to the story telling. The shots are in fact quite beautiful at times with deep depth blacks shadowing just enough to leave your viewing on edge. In keeping with the flow, the ride is pretty bumpy even with the benefit of following allow with the subtitles.

The recommended intake is to savor the visual aspects rather than tying to make sense of everything. Even on completion I’m not sure what the end was about. It does leave you with some gory closings. Cyberpunk fans should enjoy this on the most part. With all that was said, know to keep an open mind and just enjoy the wacky Japanese style. Its another one of those “have fun with it” films that might even get funnier with additional viewing’s. The film is available from the fine folks at TLA releasing in which you can view a trailer before hand. It also looks to be part of there Cyberpunk 2 set which makes for a nice “check this out” Christmas gift!