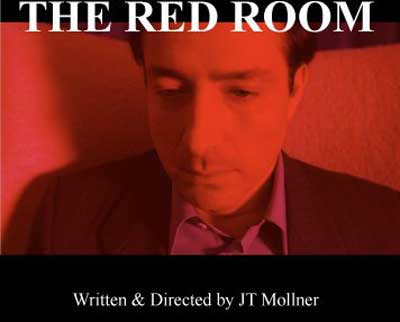 In the middle of an uncharacteristically chilly Los Angeles night, 2 men meet for the first time on a rooftop, somewhere downtown. One of the men, Hadley Prince, is calm and in control. The other man, Nicholas Rowe, has come with an envelope full of cash. He is shaky, sweaty, and visibly nervous. As the evening progresses, Hadley leads Nick to an upscale top floor apartment, a quiet balcony, and ultimately into the strange revealing confines of The Red Room: where right and wrong, love and hate, even life and death….are all relative

2 seemingly looking business men approach each other in a covert location upon rooftop. They exchange words over an event which is to take place with utmost urgency that the time and conditions be met with care. A women is mentioned. One agrees to the meeting place of which the other has secured the conditions.

We again find them concerning over a few drinks. One drinking Scotch while the other Brandy. Again, theIR discussion is centered on the terms of a female of which obviously one of them has paid to participate in. The details are kept vague, which becomes the sole purpose of this meet and this short film.

The title is simply adorned with the words “the Red Room”. Director J.T. Mollner wants to keep us in suspense for the finale climax of the short. When the reveal is presented, we are forced to assemble the words past spoken and what is about to commence. The piece could have take the reveal a few different ways, which I believe is what make sit all work. Even knowing the short has a horror genre tag attached to it, we of course begin to put on our bets criminal minds to second guess the outcome. At 15 minutes, director J.T. Mollner succeeds in a short tidy little thriller. Even on wrap up, I began to collect ideas on how this story could be the basis of a more diabolic intent spread out over the course of 90 minutes but with a trafficked aspect top it all.

Horror shorts are intended to deliver a quick notion of unsettledness. “The Red Room” defeats its penchant for guessable directions and provides a solid exclamation point in closing. Subtle, calming, but realistically unnerving. And somehow, a hint of compassion and love.