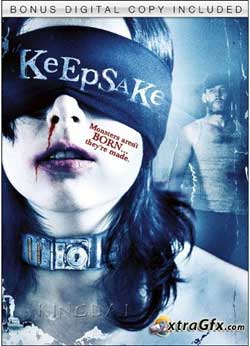 Beneath the world we know, a dangerous lesson is being learned-monsters aren’t born…they’re made. Janine is a young woman on her way to a new life. But when a freak accident strands her on a deserted highway, a call for help soon becomes a fight for survival. Stalked and tormented by a psychotic tow truck driver, Janine soon finds herself trapped in a world of torture and depravity. Imprisoned in a cellar and given only thirty days to live, Janine must contend with both the ghosts of her past and the demons of her present in an effort to survive

Janine, Janine, if you had kept your eyes on the road none of this would have happened… I spent most of this movie with my hands over my eyes screaming run girl run.

Keepsake is a riveting, arm chair grabbing, eye covering, scream out loud movie. I admit I screamed three times. Director Paul Moore did an awesome job with this movie.Keepsake is about a beautiful, headstrong woman named Janine (Sunny La Rose), who has an accident and becomes stranded on a dark stretch of highway in the middle of no where.
She calls for help and sets in the eerie darkness waiting for it to arrive. She is forewarned by local passerby’s (Jeff Schmidt and Ryan Capps) that she didn’t need to hang around for help. Unwilling to except a ride from these creepy strangers, she sets tight for her prince on white toe truck to arrive.

I don’t know if she called triple A, whoever she called did send help. Help is, a might be sexy if he shaved, toe truck driver whose shirt says Earl, oh, who by the way is mute. I love the strong silent type myself. Earl (Robert Pralgo) arrives and hooks up Janine’s car, which looks barely scratched to me. She and Earl exchange a few hand written words of conversation. They ride awkwardly to a gas station where Janine finds out she is in deep trouble.

She is almost rescued when a State Trooper (Rod Shephard) pulls up at the station. There is a confrontation between Earl and the state trooper, Shephard doesn’t have a very lengthy roll, don’t want to give too much away, lets just say that situation goes south.

Janine who has been chained up in the station bathroom is then drugged and taken to a secluded farm, thrown into a barn cellar where she makes new friends. Her new friends look like zombies, but I am not judging. Earl gives Janine thirty days to live. Over the course of time Janine is taken out of the basement and subjected to cold showers and dinner at the big house where she meets a fellow captive (Anna Tulou). This girl doesn’t say much either. If not for Janine this could almost be billed as a silent movie.

Earl torments Janine by torturing and killing other innocent women in front of her. She becomes determined to bring a stop to the mad toe truck driver and his evil ways. 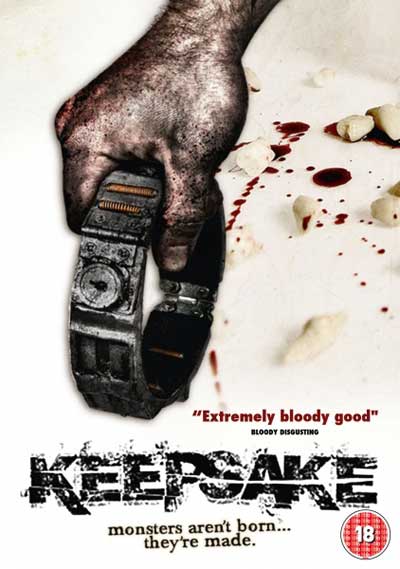 While Janine is hanging out with her Zombie looking roommates, she starts lose grip with reality, if she ever really had a grip on reality. She begins to have lucid dreams of herself talking with her sister Alice (Courtney Hogan). In these dreams Alice gives advice to Janine on dealing with the past and the present. Janine also starts to hallucinate, (I hope it was a hallucination), when one of her Zombie roommates actually gets up and chit chats with her several times. After Janine found out how to come and go from her little paradise in the cellar, this is where I became frustrated and spent the rest of the movie yelling and screaming at the television screen ‘run girl run’ at the end, which I wont give away, I had an ah-ha moment explaining her hesitation.

All in all, I enjoyed this movie and I darn sure never want to be broke down on the side of the road again. 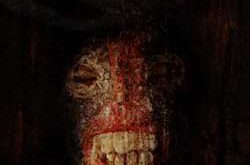 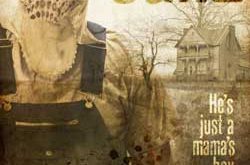