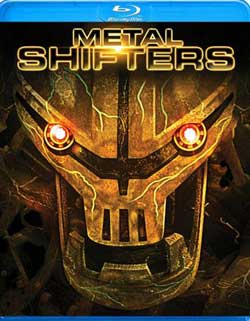 Alien bacteria arrives on a meteorite and infects metal, animating a giant iron statue that goes on a killing rampage in a small town.

“Metal Shifters“, somewhat of a decent film suffers from a bit of name identity crisis. Originally named “Iron Invader”, it was officially released out of Anchor Bay with the even odder title of “Metal Shifters”. I don’t have a follow up “better” name to throw out on the table, however I didn’t really feel “Metal shifters” made me want to run to the store either. 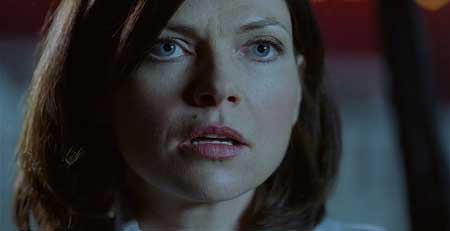 Most will take a few looks at this and assume some form of “Transformers” knock off. Actually, it’s a bit more abstract than that. The film begins with the entry of a strange meteor-like crash that ends up being a small deposit of metal parts resembling a Russian satellite. Jake (Kavan Smith) and his brother Ethan are hard at work trying to get their family business up and running, though times are tough and money is quickly running out for this small Idaho community. 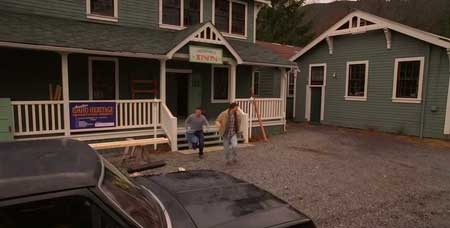 When they spot the crash over the horizon, they immediately take it over to the local scrap yard to sell it for a few hundred dollars. Earl (Donnelly Rhodes) the owner of the scrap yards doesn’t mind shelling out a few bucks for it knowing that it “could” contain some valuable parts. His latest project, a huger scrap metal robot statue is being prepped as a decor for the next local festival parade. The object is quite impressive as its towers several feet above them assembled from bits and parts. 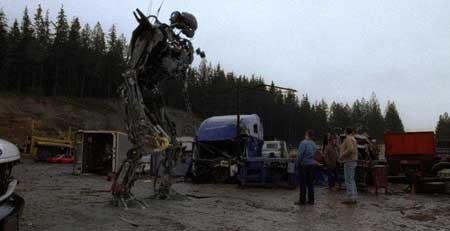 Now here is where the concept gets interesting. A viral bacteria attached to the satellite parts appears to have a life of its own that animates metal objects much like a puppet. The bacteria is intelligent, so it is able to pull itself together and take over this massive statue erector set. Pretty much from here on in, we’ve got one gigantic walking robot that doesn’t mind killing and destroying a few things. The fueled by some weird slimy green goop that is suspected to be extraterrestrial in original.

Amanda (Nicole de Boer) a former local and recent divorcee has returned to town. Now much older with a daughter, Amanda still manages to spark an old flame in Jake who has never really gotten over his past relationship with her. Amanda seeds an underlying romance in progress by the osmosis of immediate terror and destruction. The subplot here is not essential to the action but keeps things interesting other than a walking pile of parts. 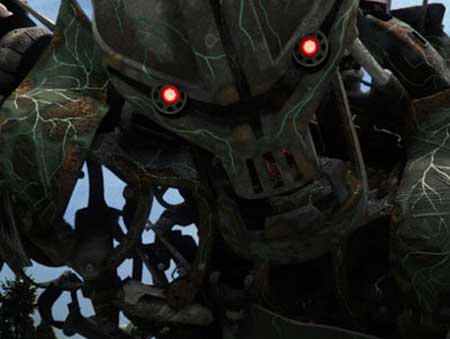 Jake and friends begin to make sense of it all while working on a defense tactic that will kill off bacteria (Lysol anyone??…well not quite)

You gotta love the simple nature of its premise… “an iron giant statue goes on a killing spree”. That should be enough to fill you in on what the film is really about. Lately with films like “Real Steel”, “Transformers” and even “Super 8”, aliens, alien roots, and robots all sort of fit into this cozy little arena. The arena is one for science fiction fans, but its also pretty fun to watch. I’m sure back in the days of “Johnny Soko”, and “Ultraman”, this would have been a welcome inclusion. 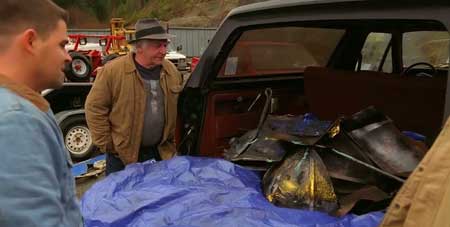 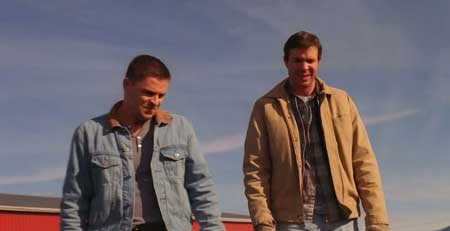 “Metal Shifters” draws on some pretty decent CGI effects to make its robot come to life. It may be new in concept but certainly isn’t new to what we’ve seen in the past few years. It does have a certain amount of SYFY productions-style feel to it but is certainly not bad either. My thoughts when watching this was….got a few racy kills scenes but safe enough to still maybe sit down to with a few family members. One thing about these films that we review is, you may not like everything…but you have to know when a film is more suitable for certain age groups or settings. It’s base is more science fiction driven..but the angry metallic giant killing sprees is suitable for horror crowds. 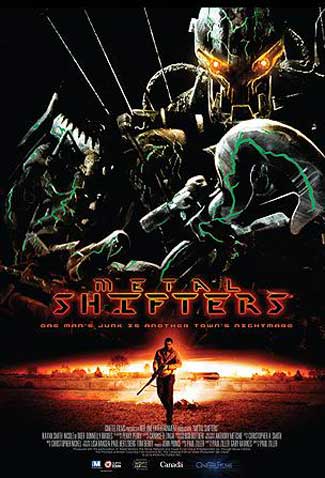 We won’t go as far as award-winning or exceptional, I will state that it was fun to watch and provided some decent entertainment.