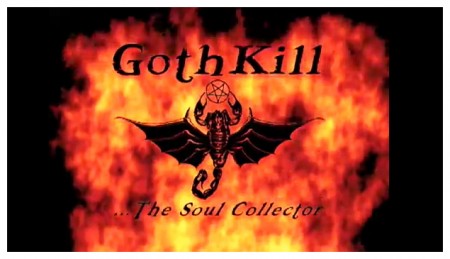 “When Catholic Priest and Inquisitor Nicholas Dread finds out that innocents are being burned as witches he decides to do something about it. Unfortunately for him, his superiors don’t agree and he’s burned at the stake alongside two women he forced confessions from. While dying, Nick curses god and makes a pact with Satan to reign over his own kingdom someday at any cost. Now, in 21st century New York City, Dread has returned to finish the deal. His end of the bargain with Satan must be fulfilled, and many will die so Dread can take the throne in his kingdom of over one hundred thousand corrupt souls. He just has to find the right bunch of victims…and it just so happens the best Goth Club in the city is ripe for this bloodthirsty butcher bent on revenge! Can a group of Goths and wanna-be vampires hold their own when the real thing arrives?” (courtesy IMDB)

REVIEW:
I have good news and bad news this week. The good news is I’ve recently managed to wrestle to the ground another Australian premiere to screen. The bad news is the film in question is Goth Kill: The Soul Collector (2009), a work you’ve almost certainly never heard of, supplied to me by the good people at Wild Eye Releasing in the USA. This is probably a new use of the word ‘good’ that you were not previously aware of. Despite its obscurity, this is a rather well-made tale of one man’s quest for his own kingdom, a young girl seeking independence, and a devil-worshiping priestess who gets run over by a Catholic priest, and that’s just the first ten minutes! 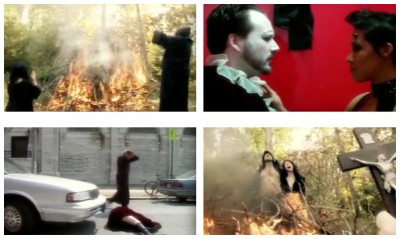 Directed by the utterly unknown J.J. Connelly and starring the equally unknown Flambeaux, Erica Giovinazzo, Eve Blackwater, Michael Day and Mistress Juliya, Goth Kill: The Soul Collector is a seventy-five minute flogging that asks the eternal question, “What do you get when you give a group of leather-loving Goths a camera, a tight budget, and even tighter costumes?” Answer: The cult film Goth Kill: The Soul Collector! The more astute of you will probably be up in arms at that, because it doesn’t really have a cult following. This may be true, but it does have cultists in it, which is close enough and besides, it sounds good on the DVD’s promos. 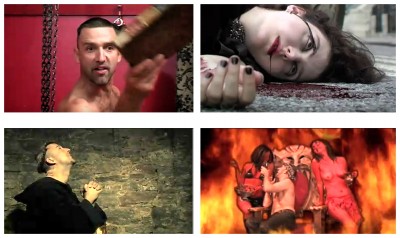 The aptly-named Nick Dread is burned at the stake for being nice to witches, and is immediately sent to Hell where he makes a bargain with the prince of darkness – no, not Ozzy Osborne, the other one who has horns and all his teeth. Nick offers to murder people deserving of damnation and, in return, he’ll be reincarnated continually until he has a hundred thousand souls, at which point his next death would become final, and he’d claim his prize. So our hero – or anti-hero as the case may be – has an eternity to complete the job and there are no consequences for failure. I’m not exactly sure what the prince of darkness gets out of this – I must ask him next time I see him. Maybe I’m nit-picking a film that isn’t terribly concerned with quality and just wants to be tongue-in-cheek. Everybody looks like they’re having a great time, so more power to them. They seem quite comfortable acting silly in front of the camera, which director Connelly cleverly uses without insulting the viewer – too much. 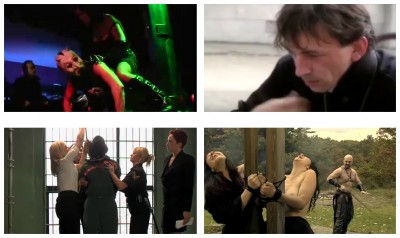 Dread is played by Scottish-born Christopher Reilly aka Flambeaux, whose only other unfortunate claim to fame is being a failed contestant on America’s Got Talent. He was given the opportunity to spit fire at both Jerry Springer and David Hasselhoff – two turds with one stone, you might say, if you’ve sniffed enough glue – but as I said, he failed miserably. Needless to say, Goth Kill: The Soul Collector is Christopher Reilly’s first and only feature film appearance. But I imagine he’d make a great Doctor Who villain in the future – or the past, as the script demands. 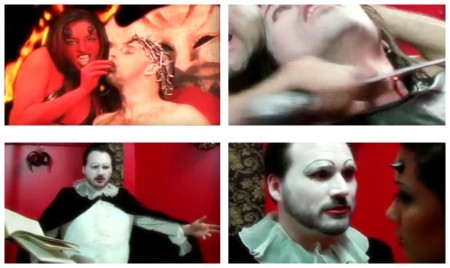 The one person involved with Goth Kill: The Soul Collector that has any semblance of a CV is Juliya Chernetsky, who plays the Demonatrix. She’s what’s referred to in the industry as a ‘Vee Jay’ or Video Jockey, presenting pop music programs. As my old friend Richard Wilkins once told me, “Those who can, do. Those who can’t, Vee Jay.” 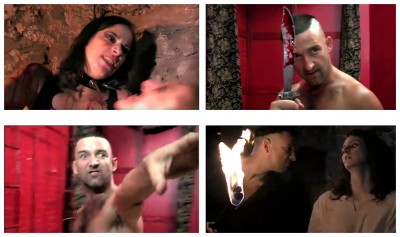 Goth Kill: The Soul Collector also offers an insight to the Lifestyles Of The Dark And Gothic for those of you not already familiar with such things. Not exactly an in-depth documentary on the genre, but a rather cool look at enthusiasts chilling out in a Goth club and hanging with some vampire fans. Oops, I hope that’s not a spoiler. I’ve always been fascinated by the counter-culture but I certainly don’t have the intestinal fortitude – or the wallet – to pierce myself or tattoo my entire ribcage. Maybe a little scrimshaw on my pelvis… 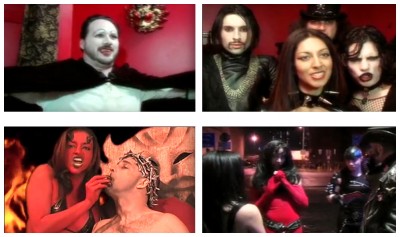 Realistic Goth characters are rarely seen in mainstream media, but there’s a good reason for that, because if Goth became mainstream then it wouldn’t be anti-mainstream anymore and that would defeat the purpose of being a Goth, right? Ow, I just gave myself a headache. I’ll go get a couple of aspirin, and you might want some too, while you watch Goth Kill: The Soul Collector. I don’t know why I bother really – those aspirin go right through me. 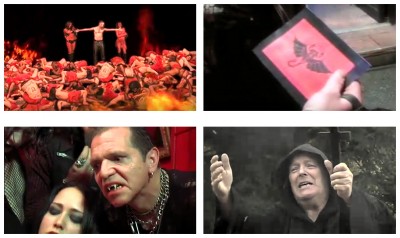 Anyway, with a surprisingly happy ending for our anti-hero, Goth Kill: The Soul Collector joins the historic pantheon of Faustian films that includes The Student Of Prague (1926), Rosemary’s Baby (1968), Bedazzled (1967), Phantom Of The Paradise (1975), Crossroads (1986), Angel Heart (1987), Ghost Rider (2007), Trick Or Treat (1986), Spawn (1997), The Imaginarium Of Doctor Parnassus (2009), and The Devil And Daniel Webster (1941). I thought mentioning all those good films would make me feel better, but my headache’s getting worse, so I’ll just quickly ask you to please join me next week when I have the opportunity to expose the very tenderest parts of your body to another jaw-dropping journey through those damnable dank dells of Horrorwoodland for…Horror News! Toodles! 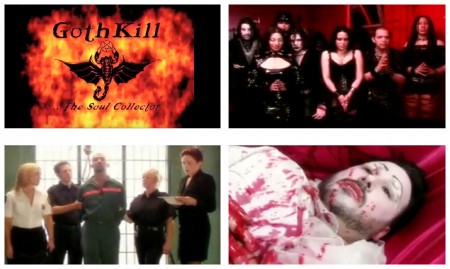 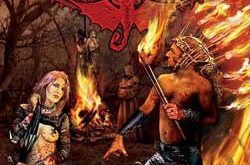